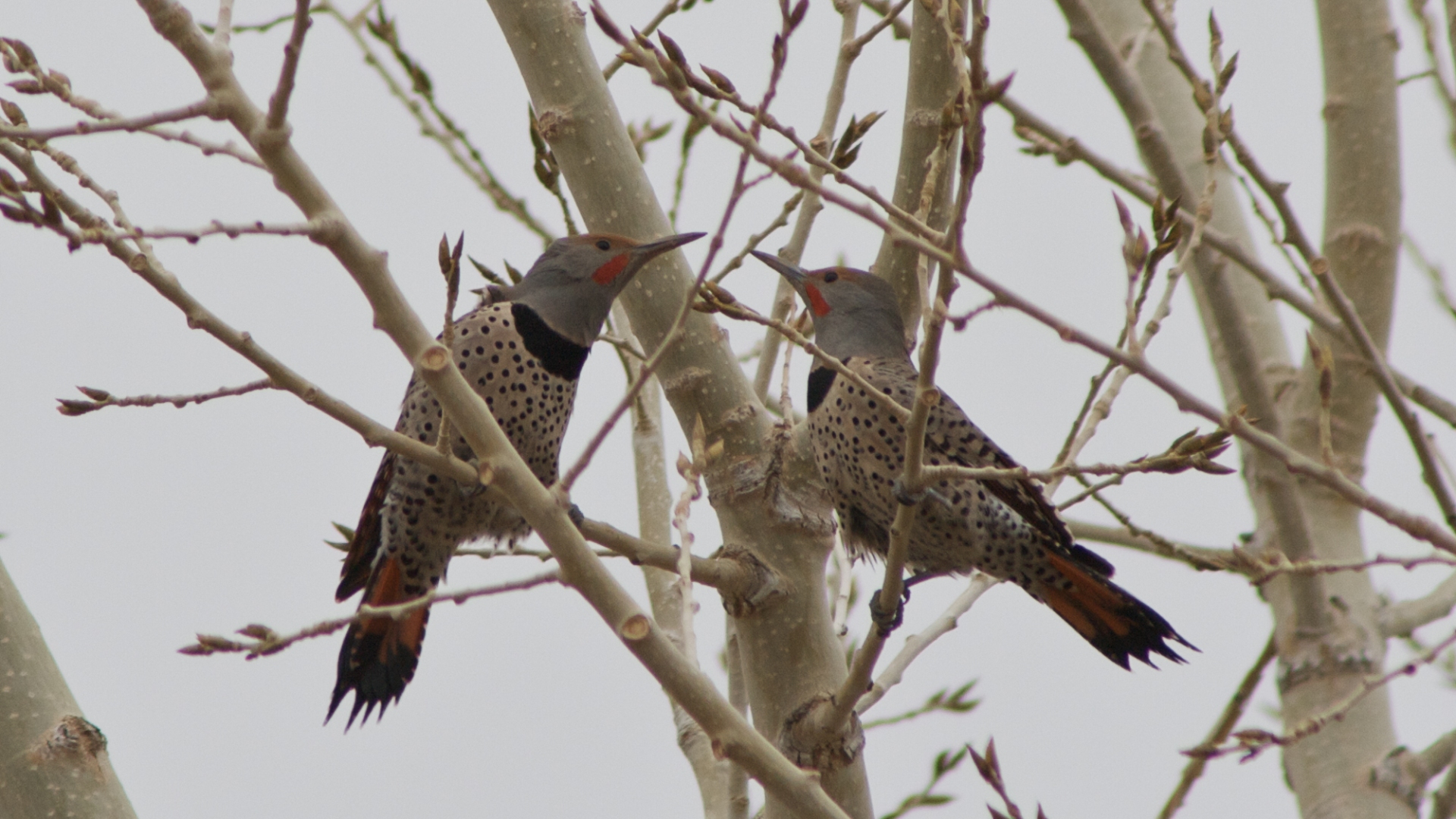 In some ways, it was a great week for photography.  I discovered a number of photography podcasts, so I was listening and thinking about photography all week long.  On Saturday, I spent most of the day inside working on my iMac- cataloging, sorting, and correcting old pictures.  I learned how to use Aperture’s Spot and Patch tool to remove dust specks- sweet!  And to finish things off, my shiny new copy of Aperture 2.0 arrived in the mail on Saturday afternoon.  The streamlined user interface is even easier to use than it was before.

In some ways, it was a lousy week for photography.  Busy working all week, I woke up on Saturday morning with a frightful chest cold.  It was a beautiful day, with high temps in the 70s, and the farthest I ventured afield was a short walk down the street to my mailbox.  I spent the weekend coughing, napping, and alternating between hot sweats and cold chills.  On Sunday the cold front, complete with snow flurries, rolled in.  I was pretty despondent- not a single picture taken.

In late afternoon, Dorinna fell asleep for a nap, and I looked outside.  Dreary gray skies.  Everything was brown and dead.  Well… maybe I can shoot something in black and white- maybe some interesting textures in a dead bush.

I then proceeded to shoot 40 pictures in the next 20 minutes.

Most of the pictures were of a pair of dueling Northern Flickers.  At first I thought they might be lovers, but the field guide confirmed that they are two males.  They were bobbing up and down poking their beaks at one another.  They were pretty absorbed in each other.  I was able to move closer with my tripod 3 separate times, and they never spared me a glance.  Finally one made a lunge for the other, and they both flew away.