This week I took a studio lighting class with the Center for Fine Art Photography.  The class was taught by Joe Coca, a professional photographer in town.

The class started with Joe showing some samples of his work, and talking about how each photo was lit.  Then we started with the interesting stuff… we spent over an hour lighting and photographing a toothbrush and a tube of toothpaste.  He had a 4”x5” Sinar camera tethered to his Mac with a giant screen.  So we were able to view the impact of different lights (Tungsten, strobes), multiple lights and the effect of adding reflectors and white cards.  After lunch we broke into groups and were given objects to photograph.  My group had to design and light and still life of an Egyptian mummy figurine.  It was fun to do, and fun to watch and comment on the other groups.  One of our resulting images is show above.

After the individual projects, we shot a wine bottle and some glasses.  Some “Making Of” photos are shown below.  The class concluded with some introductory portrait tips.  I was a volunteer for that. 🙂

Getting ready for the wine bottle shot:

Results on the Mac.  This sequence was shot with Joe’s Canon 1D Mk III. 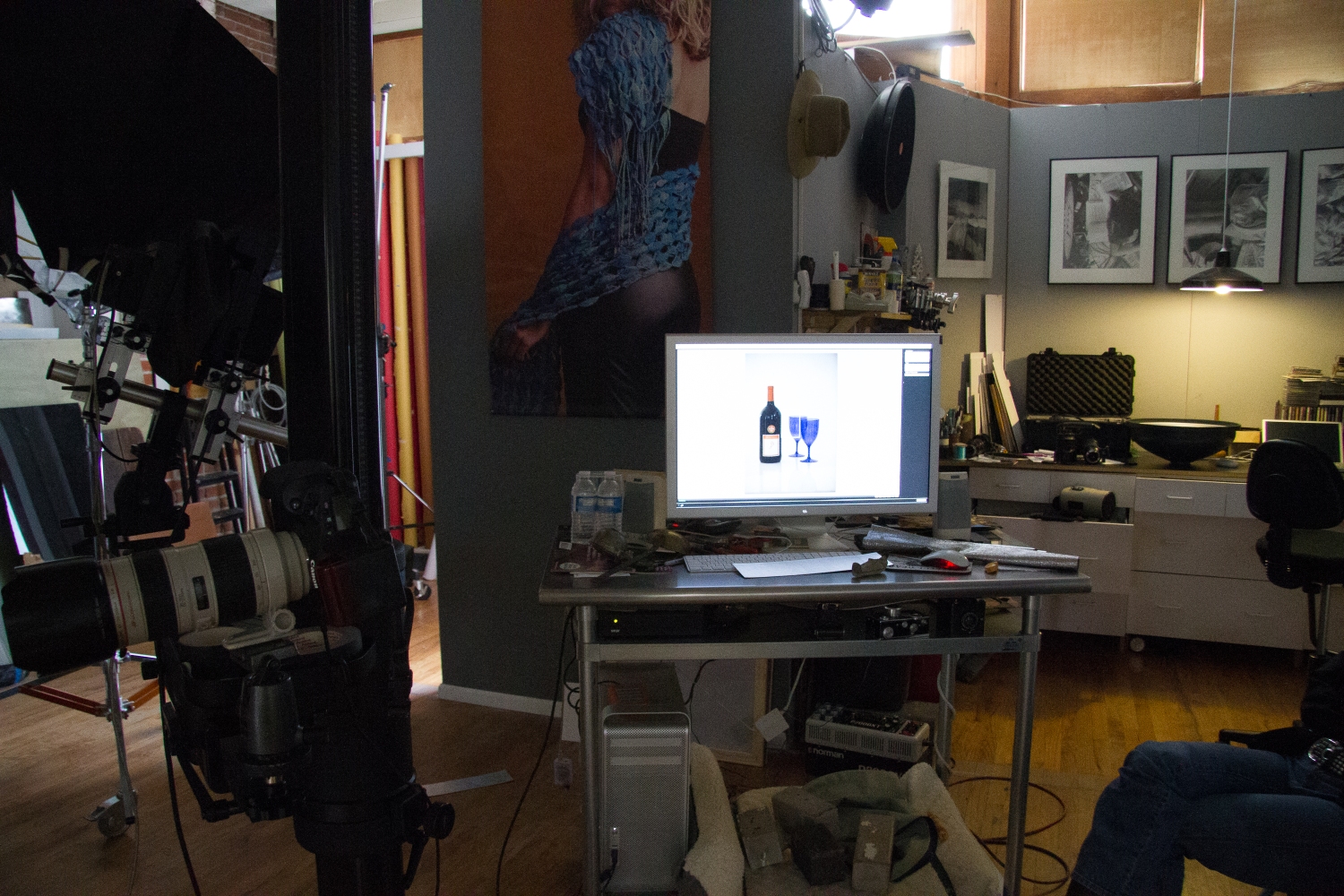 Brent Yoder and Joe Coca set up an umbrella

So far I’ve taken two classes with the center, and both have been exceptional.