I’m still in my desaturated high-contrast high dynamic range period.  This week’s image is of the American Lakes basin in the Colorado State Forest.  Those clouds aren’t fake, we had to beat a retreat from the thunderstorms not long after I took this shot. 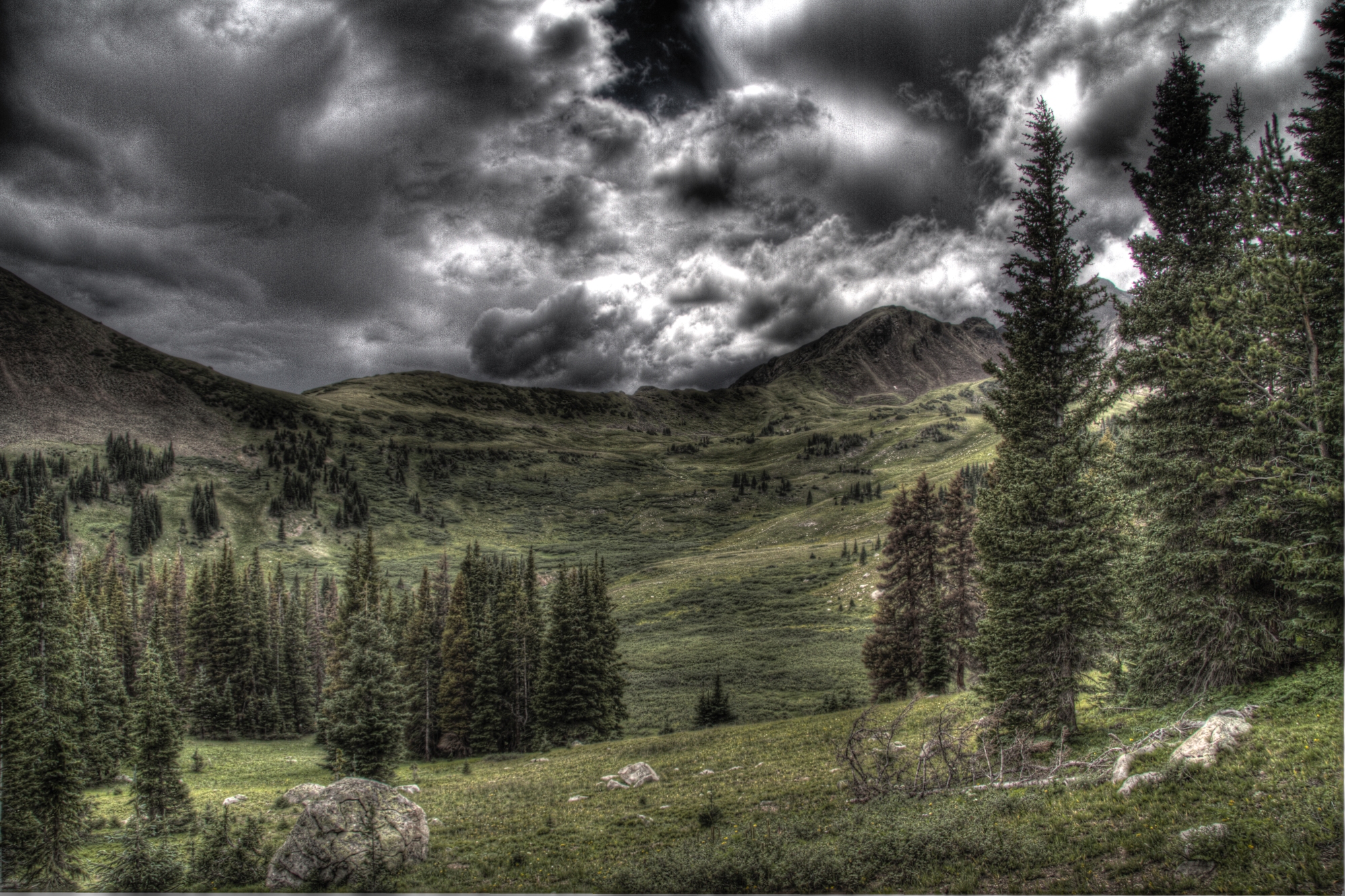 If you’re getting tired of the look, here’s another image from the week that I liked a lot.  It’s still an HDR image, but apparently I moved the camera just enough during exposure that it gained an almost watercolor feel to it.  It’s a picture of the Diamond Peaks in Cameron Pass, Colorado:

I apologize for the lengthy absence. I was busy with a photo project for a class, and most of my photographic time was spent taking and processing images for that project. You’ll see the results soon.