Later in our 2012 Anasazi vacation, we visited Bandelier National Monument. Bandelier is in the mountains northwest of Santa Fe. There’s obviously a cooler climate, and the inhabitants no doubt lived very different lives. Bandelier is scattered with old ruins. While nothing approaches the grand scale of Chaco, they remain interesting nonetheless. I was struck by the building style. At first it appeared more primitive, with roughly hewn blocks. But then the source material is very different. Instead of sandstone, the native rock is either conglomerate or volcanic. The Anasazi worked with what they were given. In this case they were also given cliff walls of soft porous rock. Their buildings backed up against manmade caves. 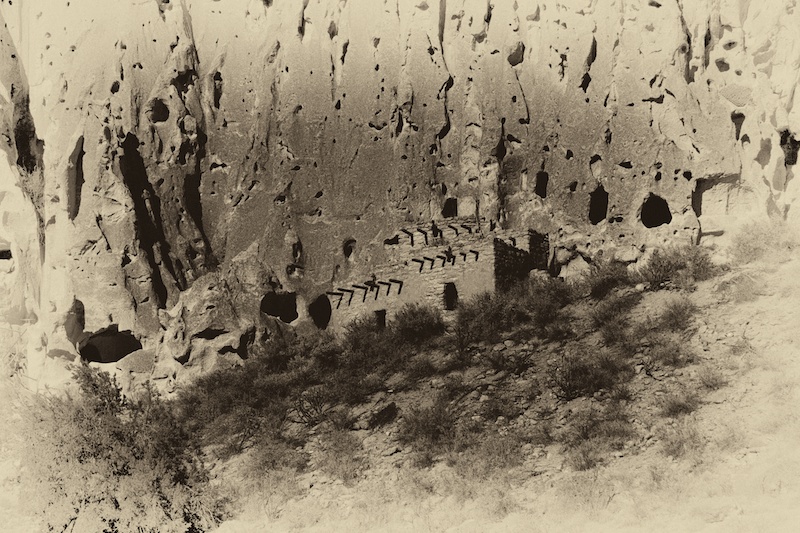 One Reply to “Bandelier National Monument”