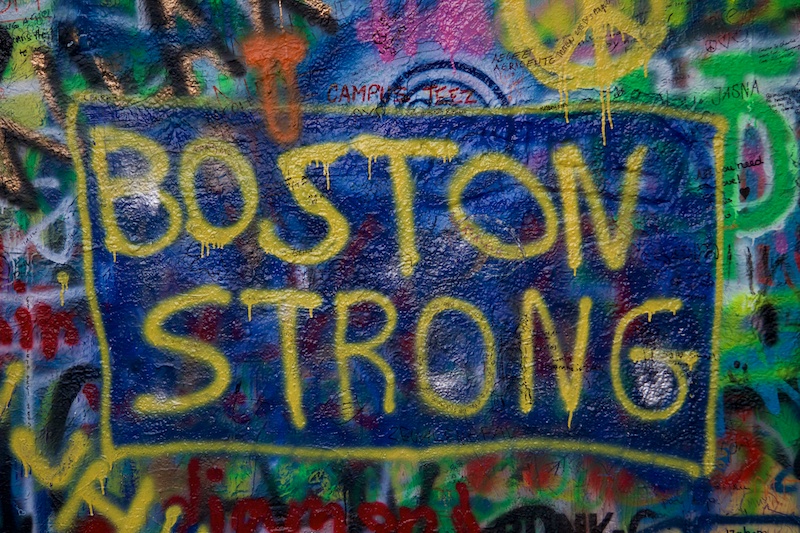 Back in the time when the Czech Republic was part of the Communist regime of Czechoslovakia, freedom-loving citizens would paint pro-democracy graffiti on a concrete wall in Prague. Every day the Communist police state would paint over the wall to remove the graffiti, and every night it would be repainted. Pictures and quotes from the The Beatles’ John Lennon were prominent, and so it came to be known as the John Lennon Wall. In a world without the Berlin Wall, the John Lennon Wall remains, and continues to change with time.

A few days ago, I wandered over to the John Lennon wall to see the latest graffiti incarnations. There were several pictures of John, and a Yellow Submarine, and this 2013 slogan of peace, courage, and freedom: Boston Strong.