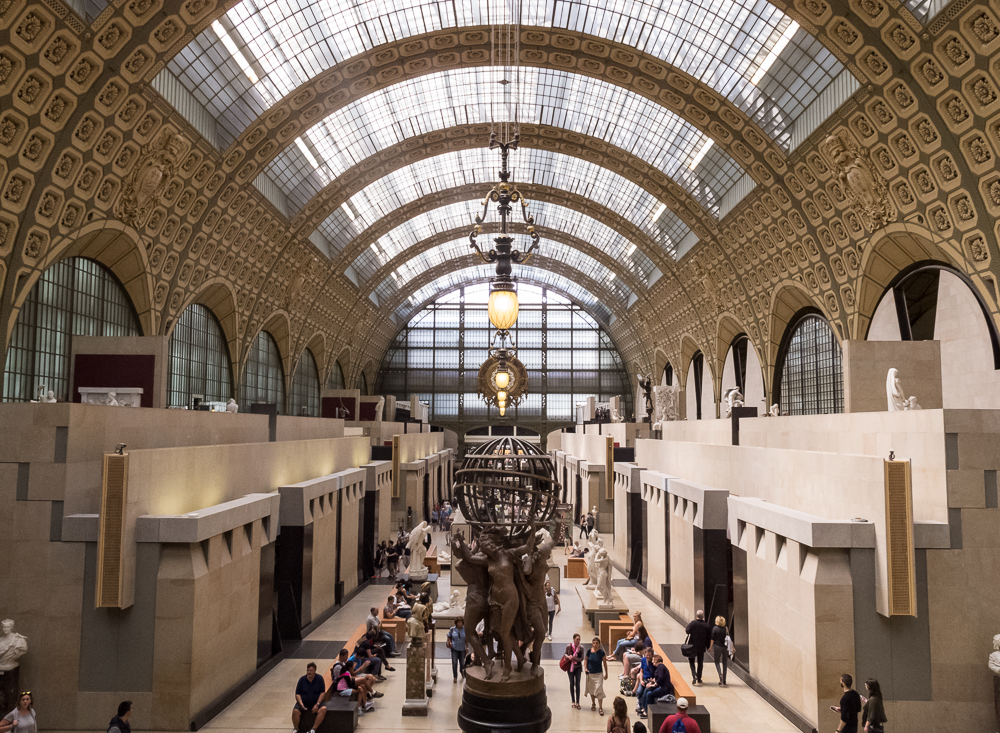 Another day, another art museum. Today was Musée d’Orsay, perhaps the greatest art museum in Paris. The Louvre is bigger, and older, and has the Mona Lisa. The Orsay has the greatest painters of Impressionism, the school that changed the art world forever- Monet, Renoir, Degas, Manet- and the painters that followed- Cézanne and Van Gogh. A treasure trove in a city full of treasure troves. 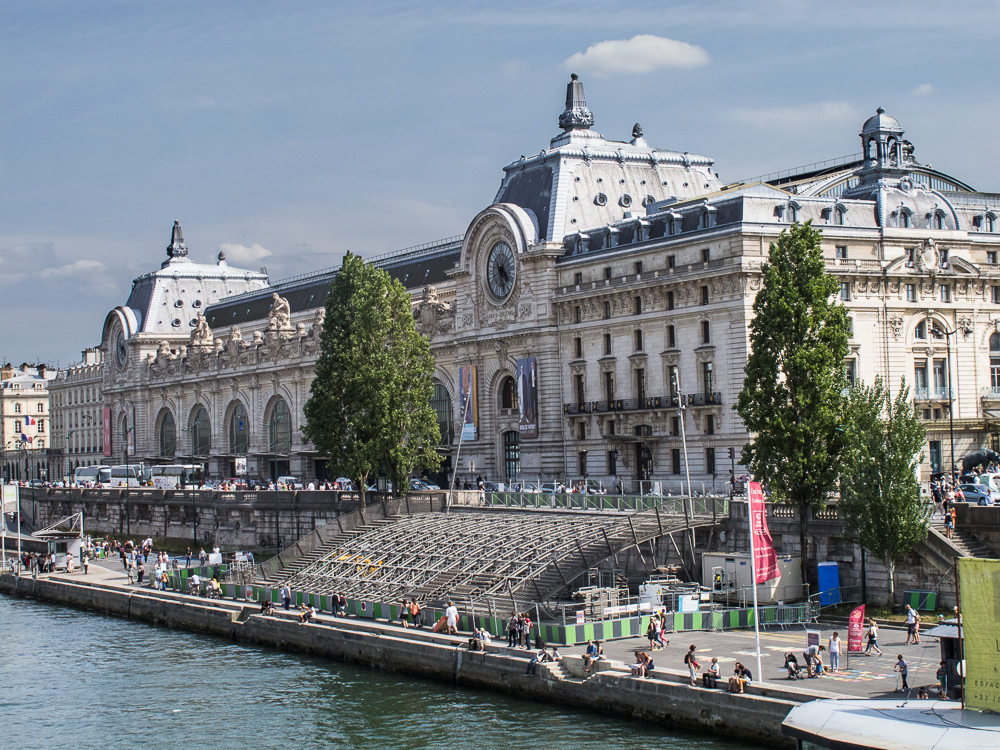 Dorinna and Nate went to the gift shop and picked out a set of post cards of art that Nate liked. Then they went in search of those art works. It was a treasure hunt! I skimmed around, sampling, but feeling too rushed. It wasn’t long before Nate’s alarm clock went off. There’s only so much art you can subject a 5-year-old to, and he had hit his limit. We knew that we would be back. 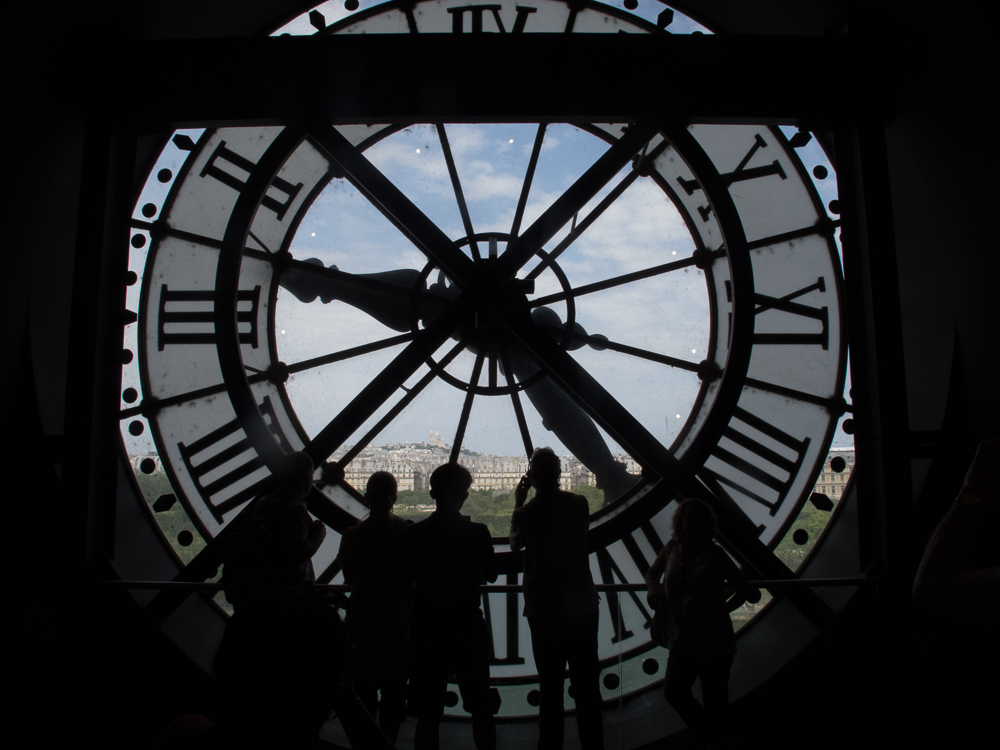 We walked along the river, crossing a bridge over the Siene to the Tuileries Gardens. Originally these were the king’s gardens, leading up to king’s palace. But then a certain revolution happened, and the gardens and palace became a park and the Louvre museum. For us, it was a shady spot for a picnic lunch. Afterwards we wandered around until we found the trampolines. We had to wait a long time for Nate to get a turn, but he didn’t mind.

There was also a carousel, of course. I found a statue of Puss ‘N Boots.

We were tiring fast, so we headed home to a great homemade pasta dinner at the apartment.