(With apologies to Elisabeth Kübler-Ross )

In my last post, I mentioned a package in the mail. That package, as you can probably guess from the title, was a new camera. At the time, I thought it was the end of a long wait. I came to realize this was only the midpoint of a five-part process.

For a long time, I had read about the mirrorless camera revolution. Traditional Single Lens Reflex (SLR) cameras work by using a mirror and prism to bounce around the light rays that come through the lens and send them out the viewfinder into your eye. When you press the shutter, the mirror swings up and out of the way, darkening the viewfinder and sending those light rays directly to the sensor (or film). Mirrorless cameras don’t have this mirror/prism combination. Rather than having an optical viewfinder, you look at a small video screen.

Why should you care? The main advantage is size. Without the need for a mirror and prism, mirrorless cameras lose a lot of weight and bulk. During our France trip, I brought my Canon 7D, but took it out of the apartment twice. Twice in a five-week trip. It was just too heavy to carry around all day. In fact, it was too heavy for many of my trips. Whether it was walking around Europe, backpacking with my young son, or hiking in water-free Joshua Tree National Park, I found myself leaving the heavy SLR at home. I needed something else.

I did my research, investigating cameras from Sony, Panasonic, Olympus, and Fujifilm. I’ve heard many online photographers singing the praises of the lightweight Fujifilm cameras (this guy again). I read through reviews from multiple sources, and all agreed the Fujifilm X-T1 was a great camera. The rumor sites, however, started to talk about an X-T2 camera that would be announced soon…

The Fujifilm X-T2 was announced on July 7, 2016 with an estimated shipment in “fall.” The published specs looked nice, but no real reviews were available. I could do nothing but wait. At the end of July, I visited B&H Photo while in New York City. There I was able to pick up the X-T1, play with the controls, and marvel at the size and weight.

The camera shipped on September 8, and the reviews flooded in. All were overwhelmingly positive. I had purchased the camera by that point, but it was backordered. Wait, wait, wait…

At last, an Out for delivery e-mail hit my inbox. I still had to wait a few more days, but by now the manual was available online and I could start reading. Why is this taking so long?

Unboxing the Fujifilm X-T2 was an Apple-like experience. They did a beautiful job with the packaging, which I admired much later. Before that I did my best impersonation of my seven-year-old opening Christmas presents. I charged up the battery and spent the next week painstakingly reading through the manual, trying out and adjusting the dials, buttons, and settings. How much better are my photos going to be with this marvelous new machine?

Answer- not at all.

A great camera does not make a great photographer. A camera is just a tool, a box with a glass lens that records light waves. Hemingway’s typewriter did not make him a great writer; Michelangelo’s brushes did not make him a great painter; the best camera in the world won’t create the world’s next Ansel Adams. Mentally, I always knew this. Now I felt it viscerally. After waiting over a week to use the camera to take real photos, my first images were completely disappointing. 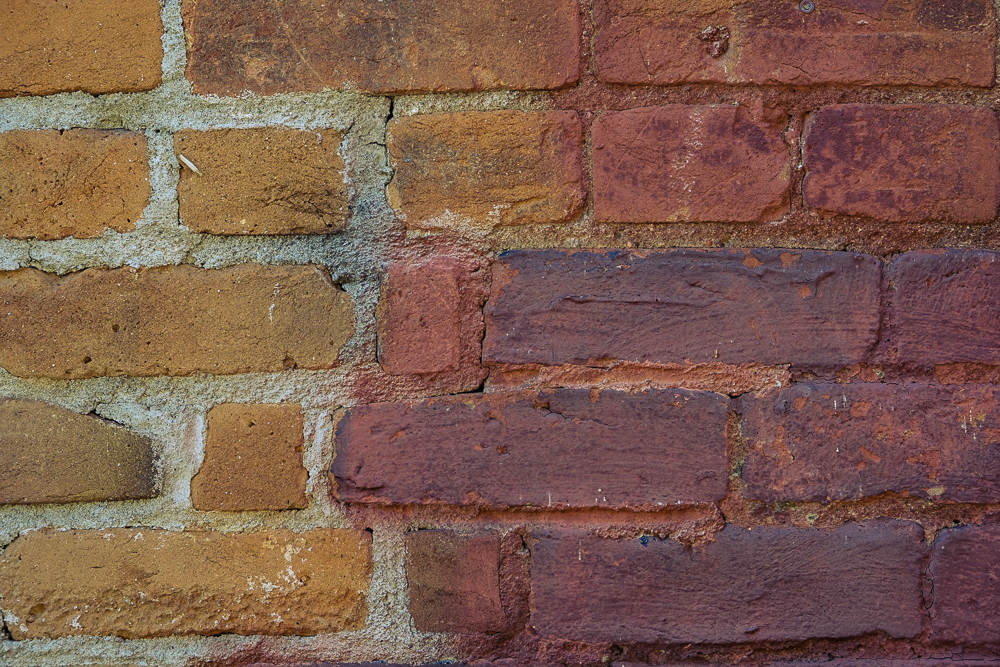 Oh look, what a great picture of a brick wall. I spent all this money, and pined over this hunk of metal for almost a year… for this?

Slowly at first, I began to notice things.

I decided to take a black and white landscape shot while hiking in Rocky Mountain National Park. I switched the camera to black and white mode, raised the camera to my eye, and— what the? — the viewfinder was in black and white! I had never even considered that before- the viewfinder is electronic, so there’s all kinds of things that it can do that an SLR camera simply cannot. It can be difficult to imagine how a particular scene in the real world will look when drained of color, but I didn’t have to imagine any more. 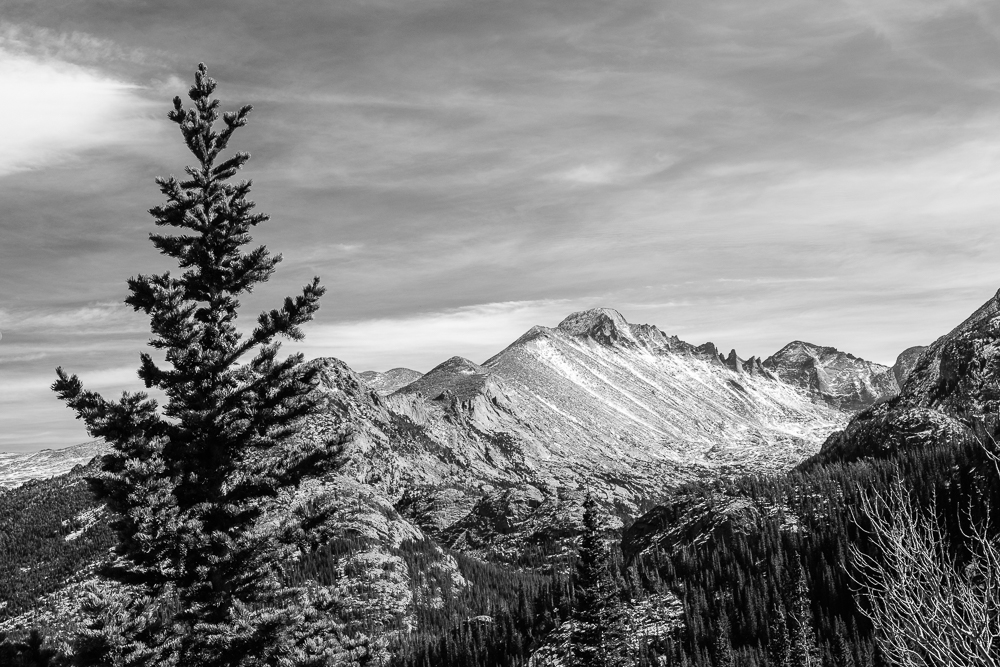 Depth-of-field preview is a tool I’ve always considered useful only in theory. The tool’s purpose is to show which areas of the frame are in focus and which are not. On an SLR, it does this by closing down the aperture. This darkens the viewfinder to the point where I can barely see the picture. On the mirrorless camera, clicking the button made some areas of the frame become blurry, with no darkening at all. I can use depth-of-field preview!

I’ve always struggled with focusing macro photographs. It’s so important to be precise, especially when using large apertures. On the Fujifilm X-T2, you can click a button to magnify the area under the focus point to fine-tune the focus. Not just on the LCD screen, but in the viewfinder as well! This is going to reduce the number of failed images when the focus is almost, but not quite good enough.

I brought the camera to work every day, and would experiment on post-lunch photo walks. The Fujichrome Velvia emulation brought back my joy of shooting this hyper saturated slide film in college. I created in-camera double exposures, while seeing the final effect in the viewfinder. Again, no more guessing. I used the focusing joystick to dance the focus point across the screen… It seemed like every day I was finding new things this camera could do, and more importantly, what I could do with the camera.

The most significant change with the new camera is the fact that, I’m bringing the camera to work every day! I’m bringing it on business trips; I’m bringing it out to dinner; I’m bringing it almost everywhere. My old Canon cameras were capable, but I only brought them out of the closet for photographic-centric occasions. Now I have an equally capable camera that’s with me all the time. The camera remains just a tool, a box with a glass lens that records light waves. But when you use a tool daily rather than occasionally, you gain a greater understanding of the controls and capabilities. Increasingly, the camera is becoming an extension of me, and I can focus my mental energy on taking pictures, not on figuring out the controls. This has been, and continues to be, a game-changing experience for my photography.

It was an unexpected journey to reach this point. I expected instant gratification and happiness from the new toy, but the truth was more complicated than that. Looking back, I can see similar journeys with previous camera purchases, and even with purchases completely unrelated to cameras. The details change, but it’s important to understand and examine the recurring pattern of “Curiosity-Anticipation-Excitement-Disappointment-Enlightenment.” I’m sure to experience it again in the future, and you will too.