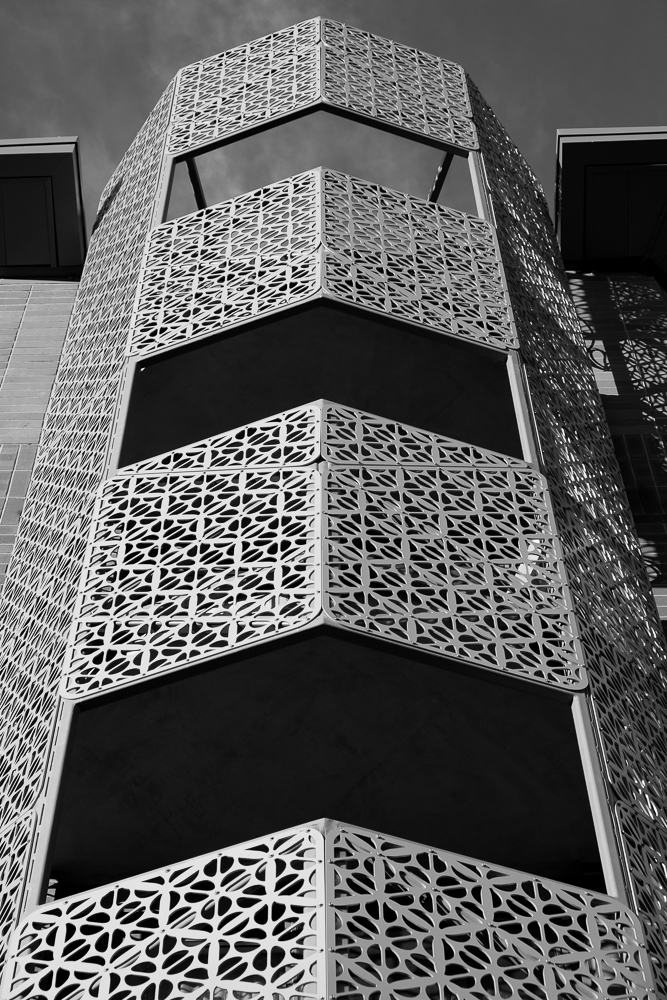 Last week I discussed the new Elizabeth Hotel and included a photo of the parking garage. This week I have a picture of the hotel’s facade itself. It’s a similar black & white vertical image, making me wish a little that I could go back in time and change last week’s selection. Similarities aside, this is still my favorite image of the week.

Digital Darkroom. I started with the usual tweaks to exposure and contrast. I cropped and straightened it to make sure it was as vertical as I could make it. I increased contrast and plunged the blacks to make this photo all about the patterns. I finished it off by adjusting the luminance of each of the color channels to again emphasize the patterns.