I’ve mentioned this many times before, but Joshua Tree National Park might be my favorite place on earth. I love the dryness, the desolation, the loneliness, and the surprises that are everywhere if you take the time to look. This year’s backpacking trip was with my friend Doug Morganthaler. We had a great three days exploring the area around Juniper Flats, Quail Mountain, and Lost Horse Valley. I published a number of images on my Instagram feed, and it was hard to pick my favorite. I went with a subtle landscape shot that I made on our final morning.

Our campsite in Juniper Flats was perched at the base of a hill of granite rocks. When I first camped there in March of 2008, we jokingly referred to it as the Pile… Of Rocks, with a noticeable pause at the end of pile and a heavy stress on the final two words. This year we camped there because it helped block the strong winds on the first day. On our final morning, puffs of cotton filled the sky next to the Pile… Of Rocks and it became my favorite image of the week. 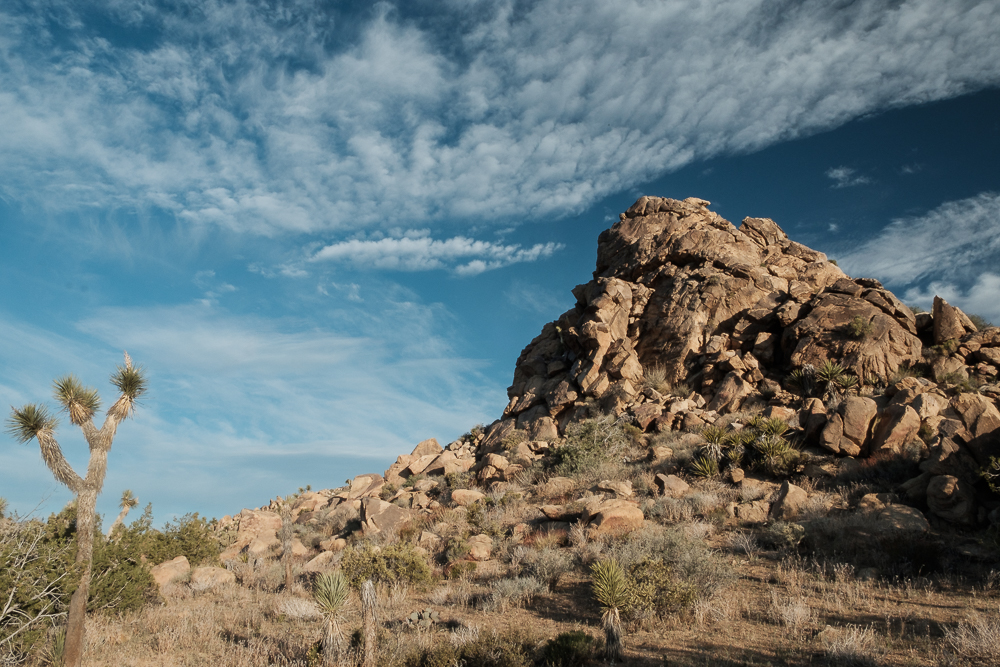 Digital Darkroom. My Fuji XT-2 supports a number of different film emulations. These are carefully formulated algorithms that apply color palettes to give the resulting digital images the look of classic film types. These can be applied in-camera to create jpgs, or applied to RAW files in Adobe Photoshop Lightroom. Typically, I use the emulation for Fujichrome Velvia, which was my favorite slide film during the 1990s. For this image, I settled on the Classic Chrome emulation. Unlike most of the emulations, this one does not try to emulate a Fujifilm file type. Instead, it opts for the subtle color palette and low contrast of that venerable classic, Kodachrome.

Once I made the decision on which film emulation to use, the rest of the editing processing was pretty light. I increased exposure by about half a stop, did the same for shadows, and nudged up the clarity slider.

To illustrate the difference between the different film emulations, here is the same photo using Fujifilm’s color default, Provia.

and here’s how it looks using my usual favorite, Fujifilm Velvia. 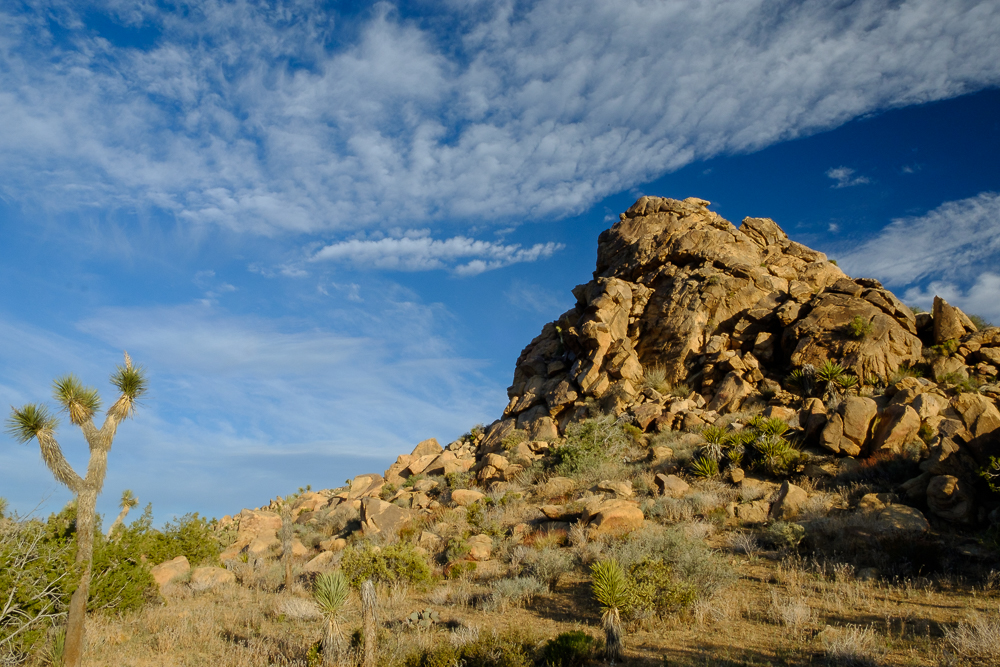 Apologies for the lateness of this post. I had a lot of images from Joshua Tree to edit and process. I should start catching up now.