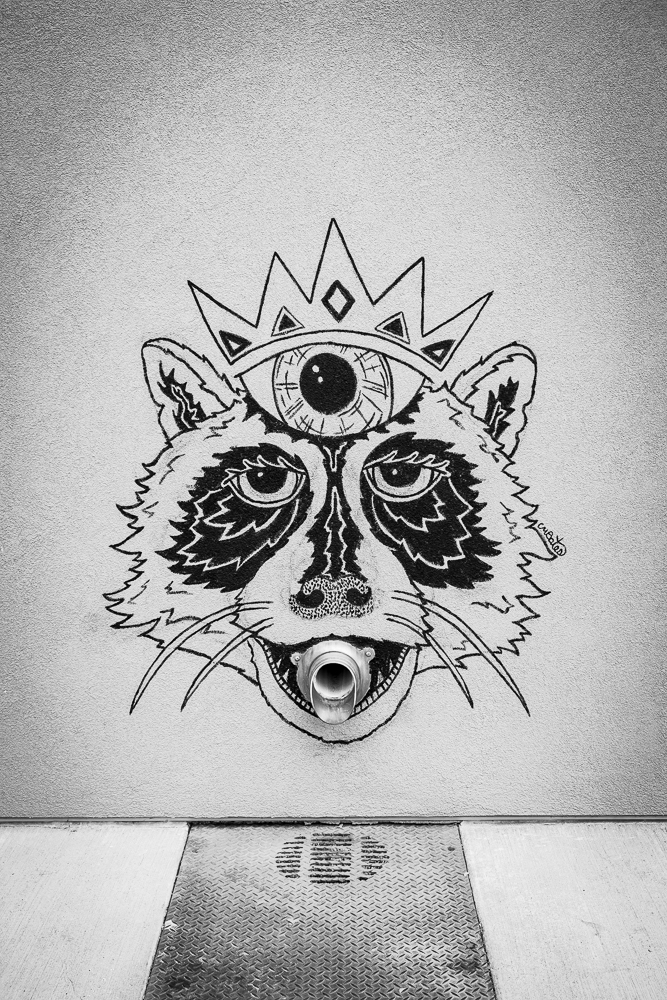 For the last few months, construction companies have been busy building The Exchange a block away from my office in Fort Collins. The website describes the complex as “The inviting open-air central plaza is canopied with strings of lights and community-style picnic tables surrounded by inspired cuisine, craft cocktails and beer served via Shipping Container Cars.” While the central plaza is still closed for construction, I’ve walked around the perimeter and I have to say… it actually kind of works. One thing I liked about the place is that they’ve obviously invested some time and energy in whimsical street art. On one of my afternoon walks, I came across this strange little guy, and it became my favorite image of the week.

Digital Darkroom. I made lots of small adjustments to this image. After nudging the exposure up, I blasted contrast (+47) and whites (+39). I plunged blacks (-60) and gave a big pop to clarity (+24). I tampered with the black and white luminance mix as well to get the right amount of texture. I added a brush to the metal plate in the foreground to slam more clarity (+64) for more of it. I wrapped it up with a -20 vignette.