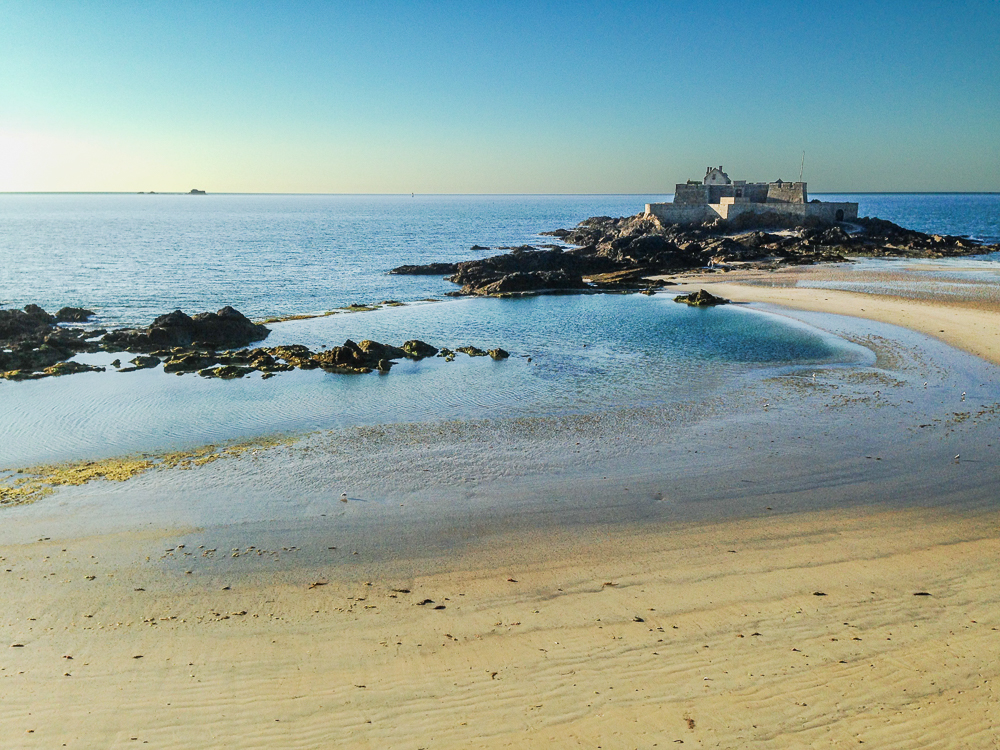 Scroll down to content
Today was mainly a travel day.  There was more to see in Amboise, but the hot weather was forecasted to get 10 degrees hotter.  Brittany was supposed to be considerably cooler, so that made the decision to leave much easier.  Dorinna had found a non-tourist bakery on a solo walk, so we stopped there for breakfast as well as take-out lunch and pastries.
We ended up having those take-out pastries at a roadside rest stop.  Great little stop- a shady picnic on the grass, followed by playing on a playground and walking on a nature trail.  Not bad for a highway rest stop.
The hardest part of the day was navigating the narrow alleys of our destination, Hôtel du Louvre in the walled city of Saint-Malo (pronounced “Sa-ma-lo”).  The streets were cobblestones, with slot canyon walls.  As we unloaded the luggage at the hotel, the only rude man in France threatened to smash our car.  Lovely.
With the car then safely parked outside the city walls, we relaxed a little before venturing out. We started to explore the city’s ramparts- you can walk on the walls of the walled city almost entirely around the town.  We came down for a drink, and then found a creperie for dinner.  Brittany is home to crepes and cider, and I had both.  My gallette had mushroom, cheese, egg, and andouille sausage (like the cajun sausage you get in America, only less spicy).  I washed it down with calvados- an apple whiskey. 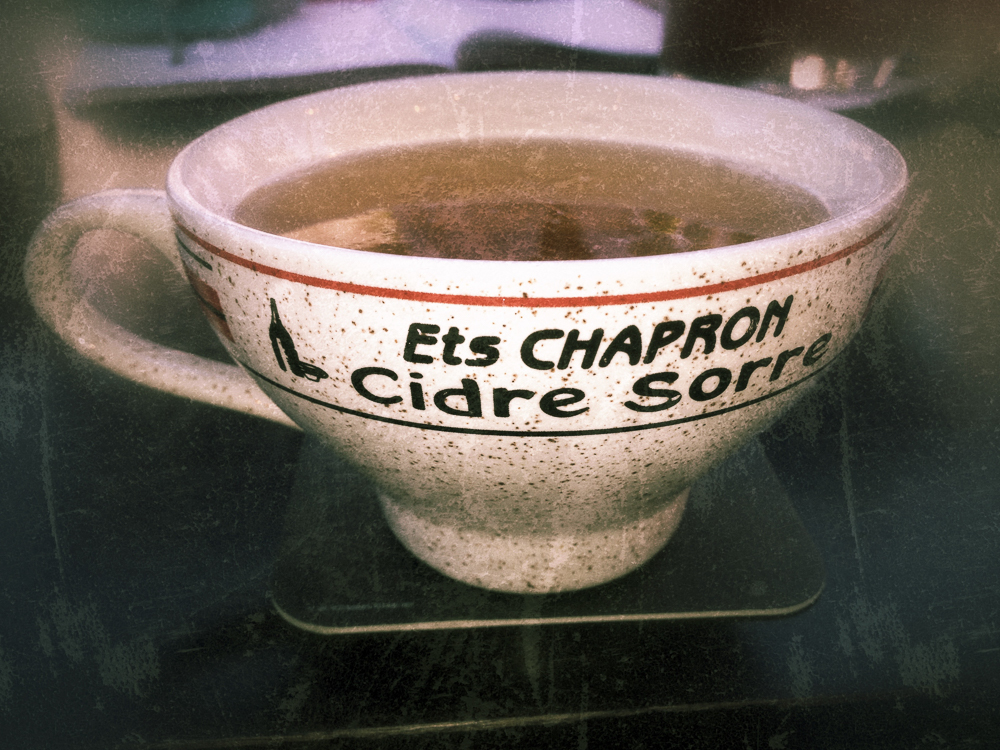 After dinner we walked along the walls once more.  On this side of the city we looked out on the English Channel as the sun started to set.