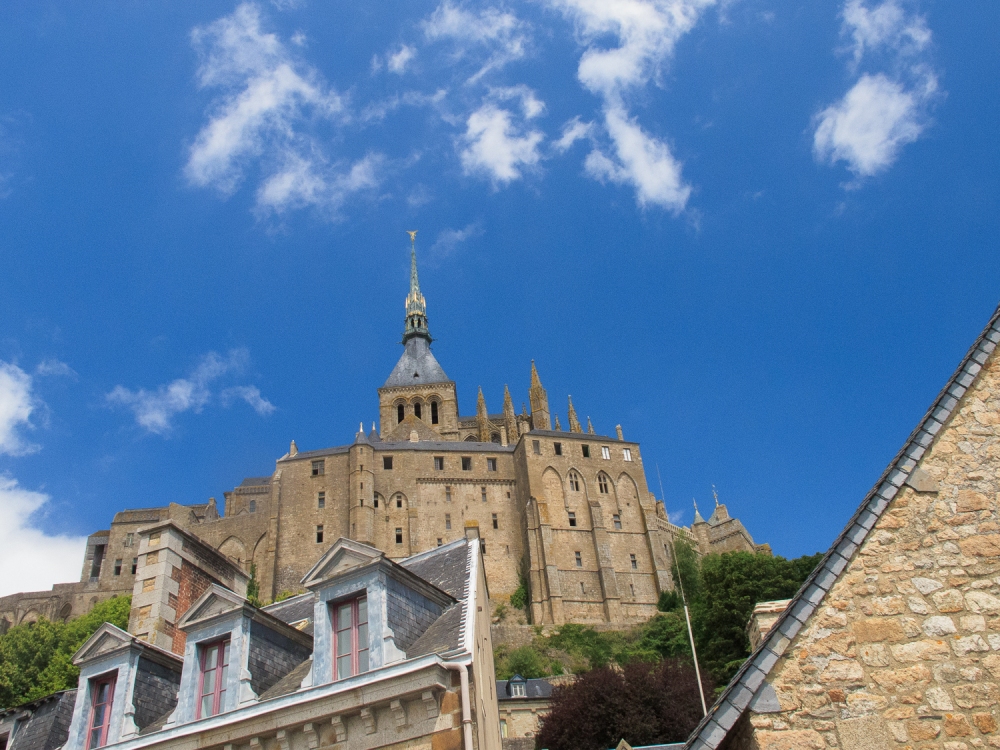 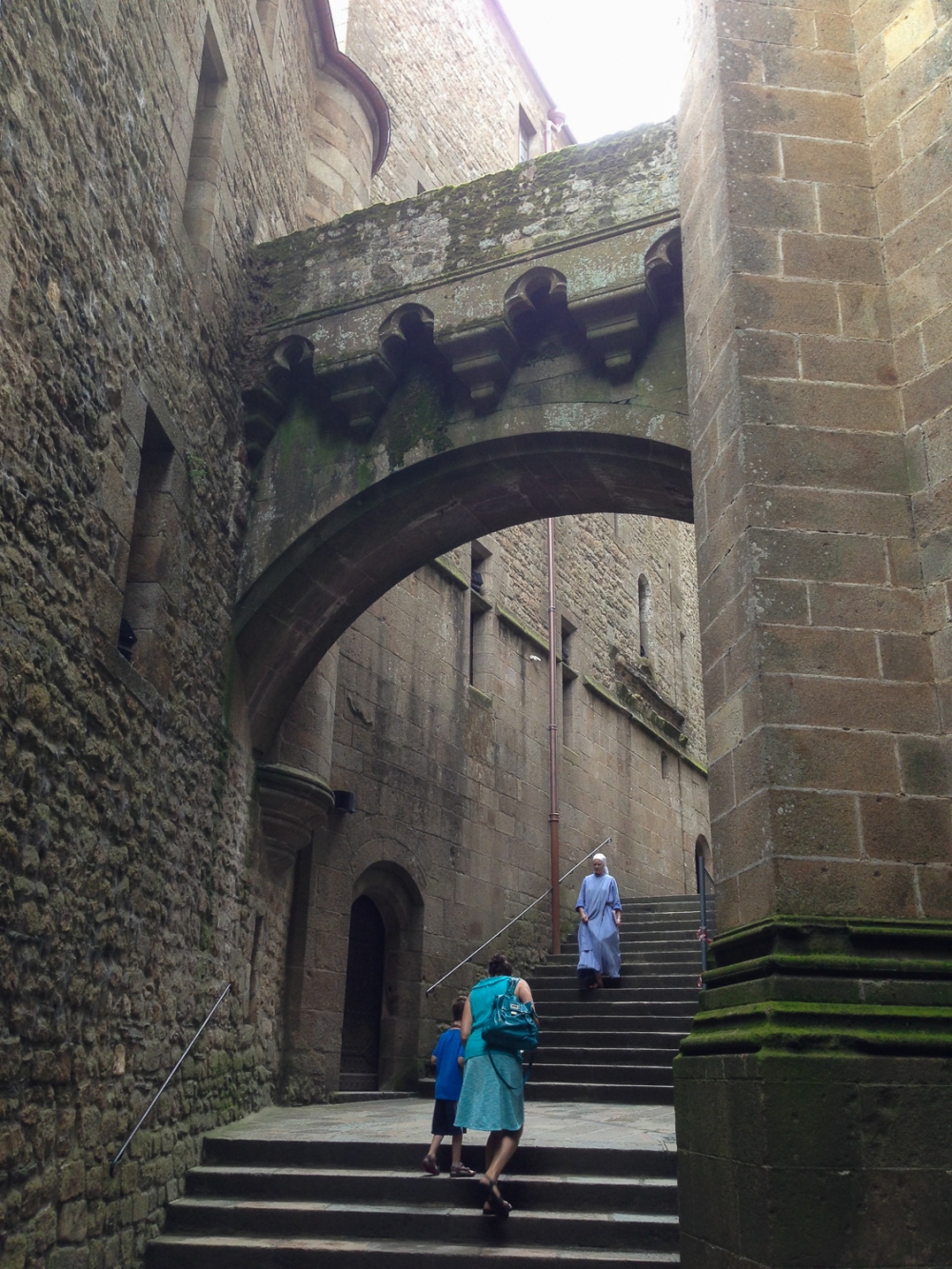 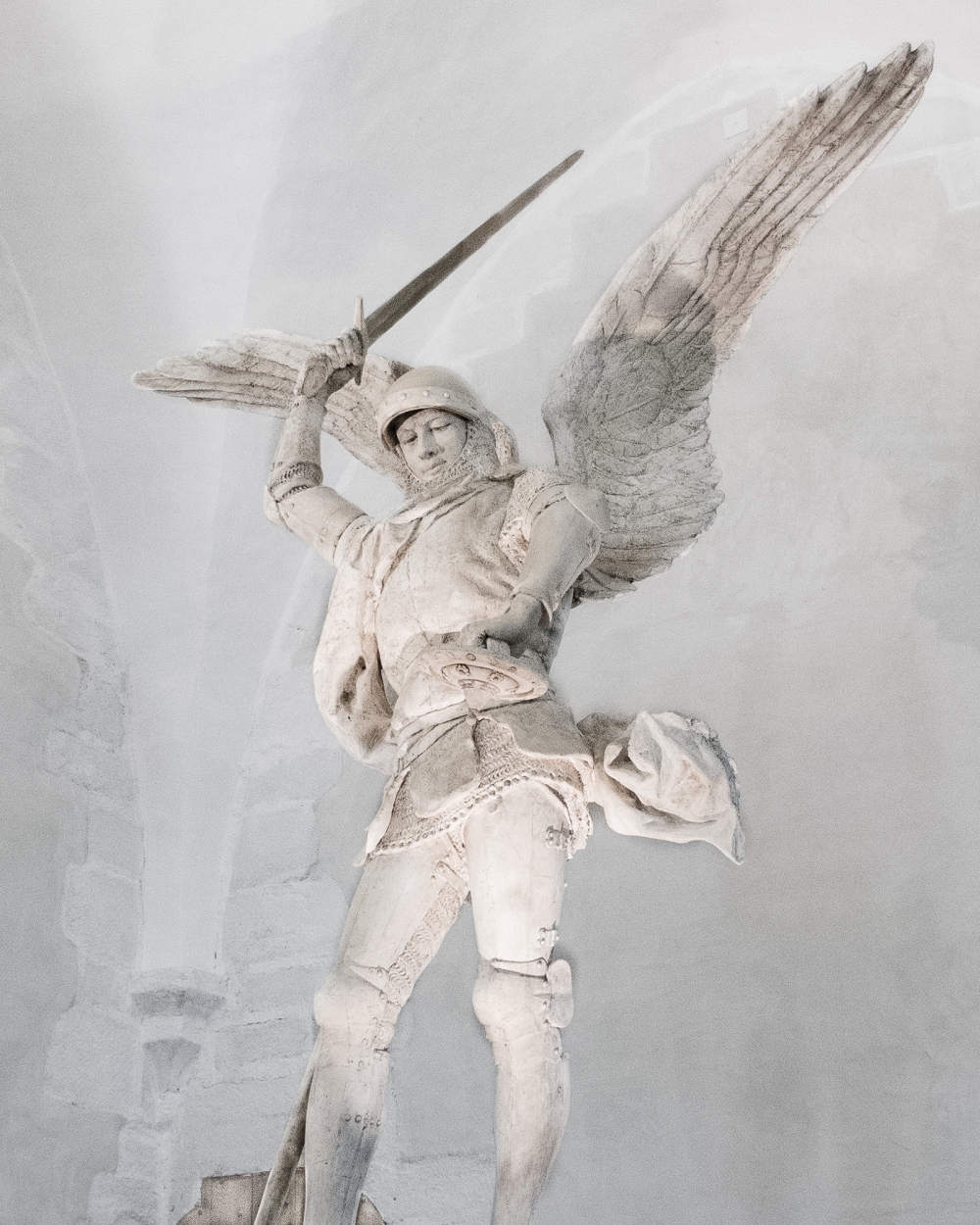 There were also balconies and gardens providing more views of the bay, including views out to the English Channel that we hadn’t seen before. Several times during the last two days I looked out in shock. Expecting mud flats, I saw water; expecting water, I saw mud flats.

We went to the abbey first thing in the morning, when the island was quiet and calm. By the time we were finished with the tour the city had completely transformed itself back into a tourist zoo. We grabbed sandwiches to eat in the park then picked up our luggage and left.

The GPS told us it was a four-hour drive back to our hotel at Charles de Gaulle airport (CDG) in Paris. It was right. As we neared the city the traffic increased, and the stress rose to match it. CDG has almost a complete lack of signs- would it kill you to put up a few ones that say “rental car return” people? We dropped off our luggage and then our car. It was a long wait before we could get a seat at the hotel restaurant. On the drive back to Paris, we came up with schemes to have dinner in Paris, or go into the city in the morning for pastries or a museum. I don’t know if we truly believed these ideas, or were we just struggling with the fact that our long trip, our grand voyage, was ending.

When dinner finally arrived, I had a cheeseburger, fries, and a beer. On the eve of our return to America, on the Fourth of July, it felt right…