Wait, what? Wasn’t last week’s post from November? Indeed it was. Last summer I had hundreds of photos from our vacation that I had not sorted and developed. Rather than get further behind, I skipped those two weeks. Now it’s time to go back and take care of August Week 2. I’ll finish up November in my next post, and the third week of August will be covered sometime in early 2019…

On the second day of our backpacking trip in the Sangre de Cristo mountains, we hiked to Upper Sand Creek Lake. Right at tree line, mountains soared above the lake. It was bright and sunny as we started to eat lunch, but within a few minutes the clouds rolled in. Mists rolled up from the valley behind us, slowly enveloping the peaks as thunder started to rumble. While not so great for the hike, it certainly made the photography more interesting, and this became my favorite image of the week. 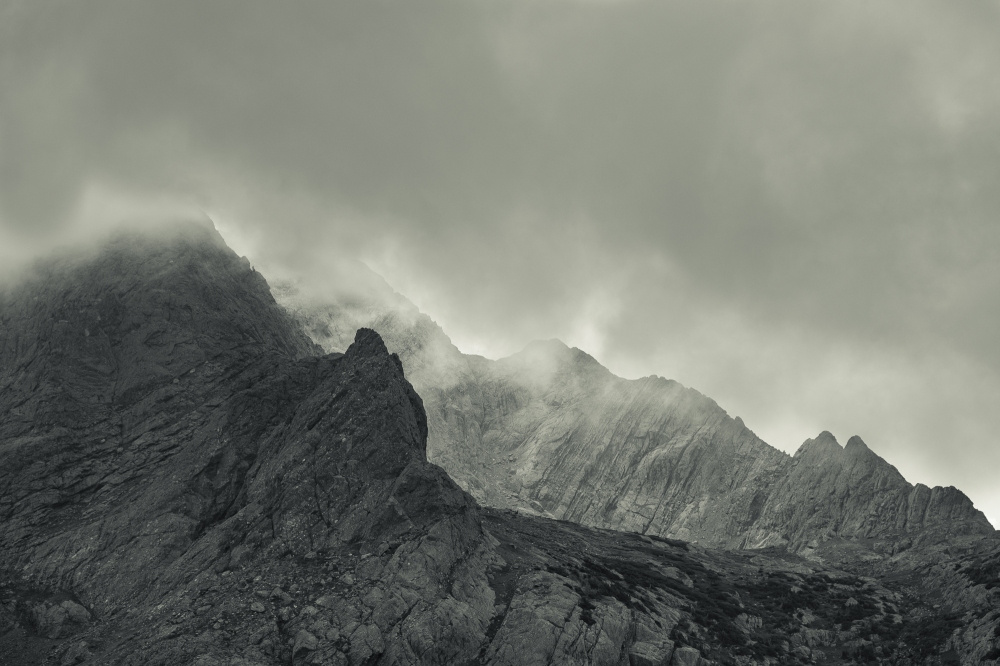 Digital Darkroom. This mists made this image fairly monochromatic to begin with, so going the rest of the way to black and white was an obvious first choice. I also added a split tone to dampen the mood. I reduced contrast and then made a number of other tweaks to highlights, shadows, dehaze (+29) and clarity. I used a brush to darken the sky, and a second brush to bring out the sparkle in the foreground rocks (whites +37). For comparison, here is the original image: