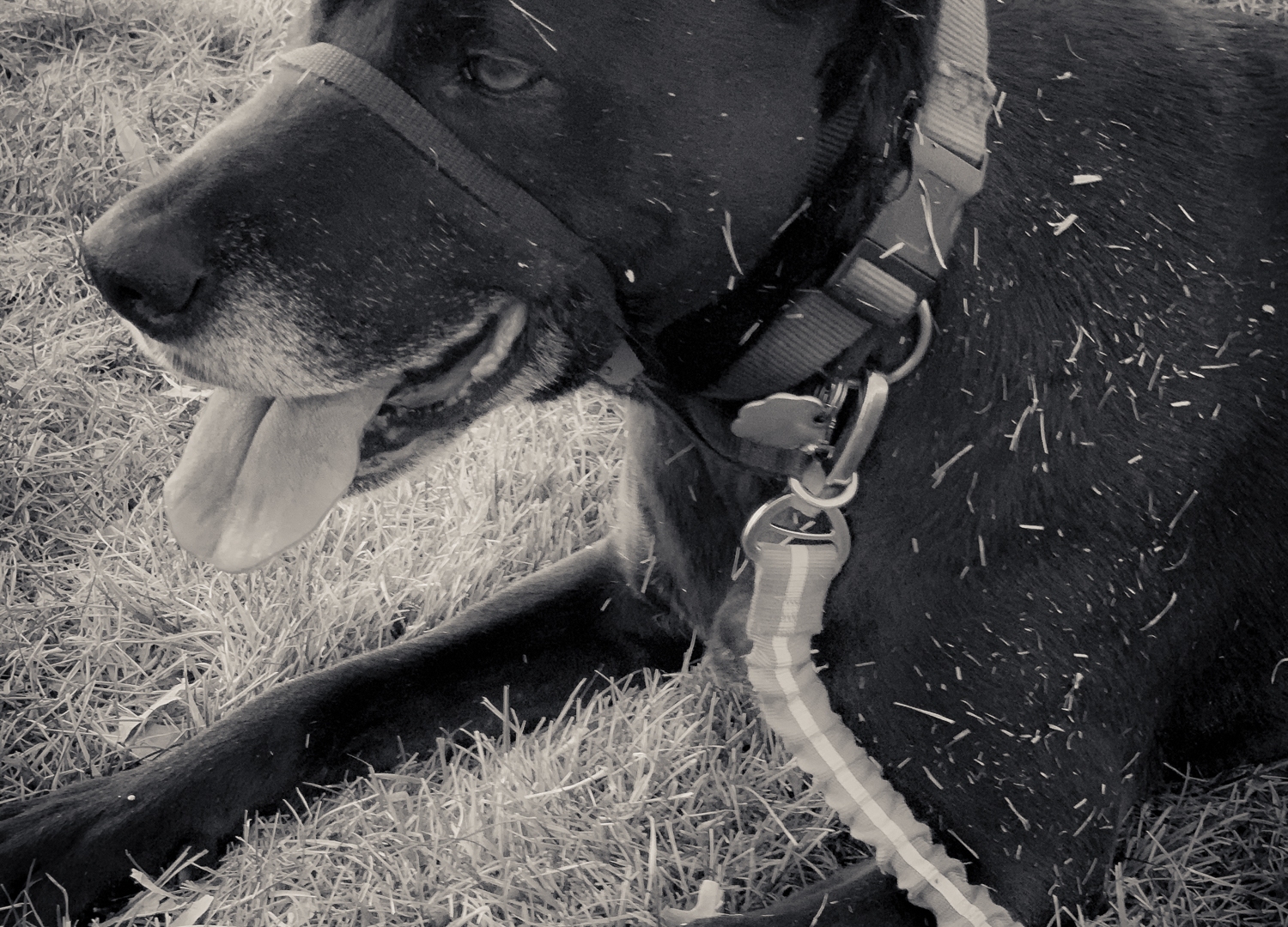 One notable thing about this week is that we dog-sat Luna, Laura and Alfredo’s dog. This gave me an opportunity to throw tennis balls, go for walks, and practice my puppy portraiture prowess. One day after wearing her down with multiple throws, she playfully sat still long enough for me to take her picture. This became my favorite image of the week.

Digital Darkroom. The first thing I did was to convert the image to black and white- this was a decision that I made while taking the picture. For this image, I used a technique similar to the one that I tried back in October with an aloe plan in California. Globally, I raised the exposure of the image by half of stop and lowered the clarity, turning the grass lighter and making it slightly blurry and instinct. I then used a brush on the dog, lowering the exposure by the same half stop, increasing clarity, contrast and dehaze. I then did something a little strange. Using a brush, I outlined Luna’s tongue with a thin line, lowering the exposure by just under half a stop. This kept the tongue from blurring together with the grass. I ended by giving the image a subtle split tone.