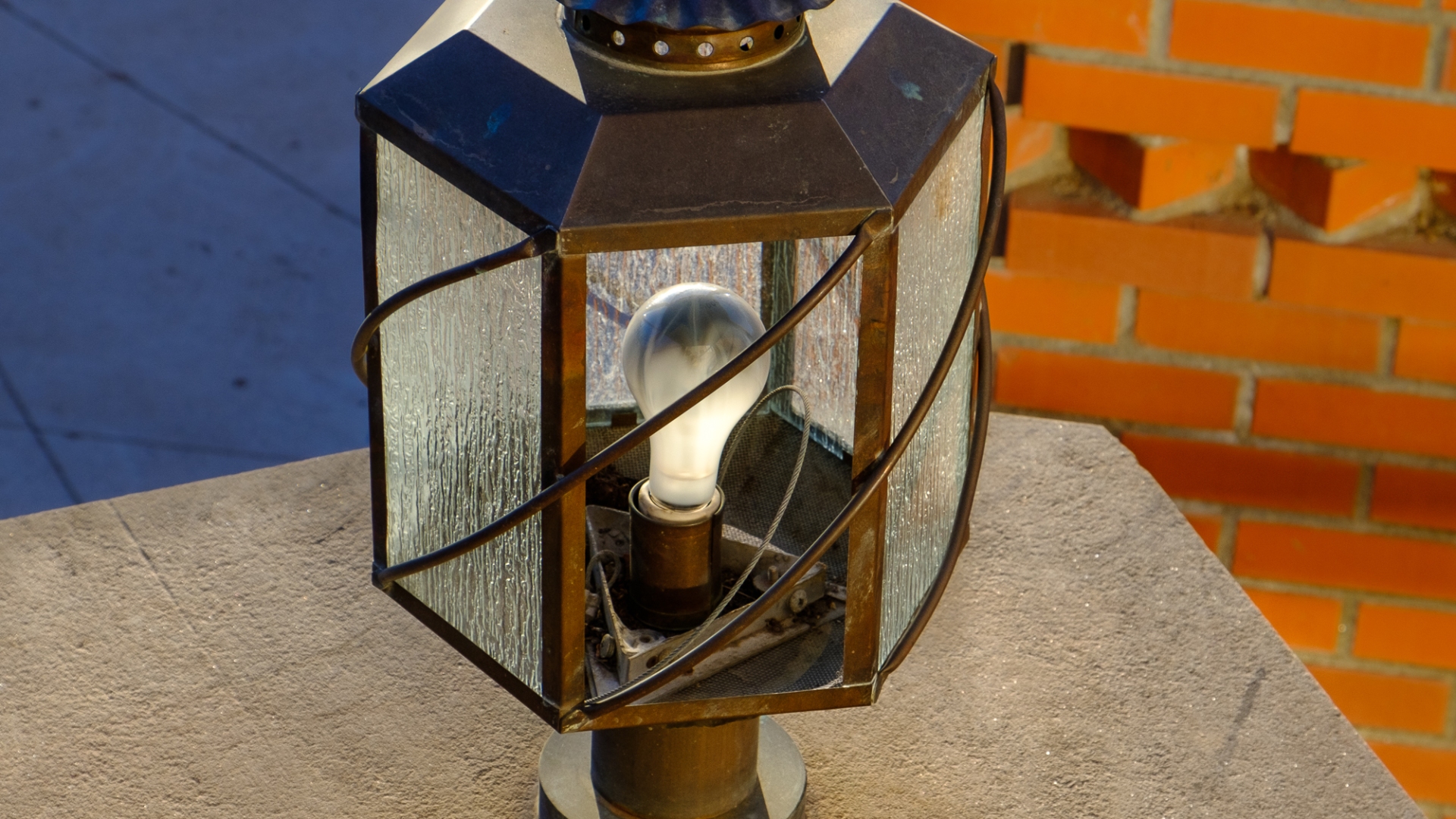 One day in early January, I stepped out of my office to go for a photo walk around Old Town. I walked down the outside staircase and immediately saw my photo. The warm sunlight of late afternoon lit the lamp at the bottom of the stairs while setting the brick wall beyond aglow. Even better was that the concrete of the parking lot was in cool shadows, giving some great blue-orange contrast. The clincher was the clean geometric lines dividing the background into blue, orange, and white thirds. This became my favorite image of the week.

Digital Darkroom. I did my best to make the final image match my vision for the shot. Overall on the image, I decreased highlights (-21) and lowered clarity (-24) so that the ground and brick wall would be slightly blurred. I then increased the saturation and lowered the luminance of the blue channel (the sunlight had taken care of the orange for me). I then went ahead and painted adjustments to two different areas. For the lantern, I increased clarity (+40), increased highlights (+31), and increased shadows (+34) to make the fixture sparkle. For the concrete pedestal, I gave a big boost to clarity (+69) to really bring out the texture and to further offset the pale foreground from the colorful background.