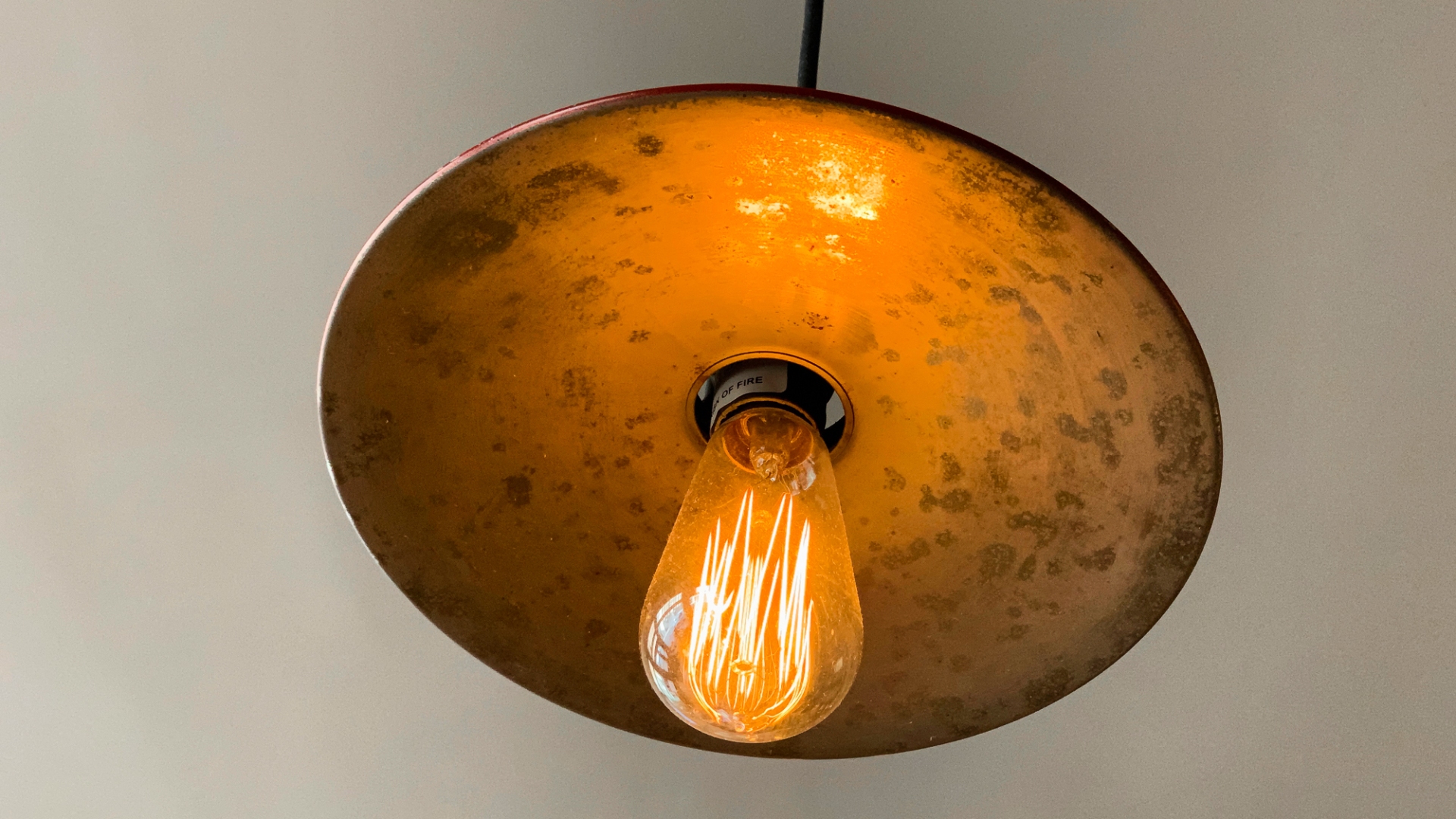 I apologize for the brief hiatus. Two conferences for work in a two-week period slowed down my creative output. I’ll be resuming a normal publishing schedule next week.

This week took me to the city of New Orleans for a work conference. The trip was short and busy, and I left my main camera at home. It wasn’t that long ago that I took a photo every day for a year with only my iPhone, so this isn’t as big of a hardship as it sounds. Of course, I took the requisite shots of people carousing on Bourbon Street, but to be honest, I did more carousing than photographing while I was there, and the shots lacked any originality. After the conference ended, we gathered for a final lunch at Juan’s Flying Burrito. While waiting for food to arrive, I looked up and spotted an interesting light fixture. My coworkers openly wondered why I was shooting a light, so I had to explain that I was building a gallery of light fixture photographs. While I didn’t expect much from this particular light, I loved the cleanliness of the image- geometrically just a circle and line. I experimented with black and light, but I loved the color almost as much as the geometry, and this became my favorite image of the week.

Digital Darkroom. I started by using the healing tool to remove a bracket and some small stains from the ceiling. I increased contrast, highlights, clarity, blacks and saturation, and lowered shadows. Since I really liked the orange, I gave some additional saturation to that specific color channel.