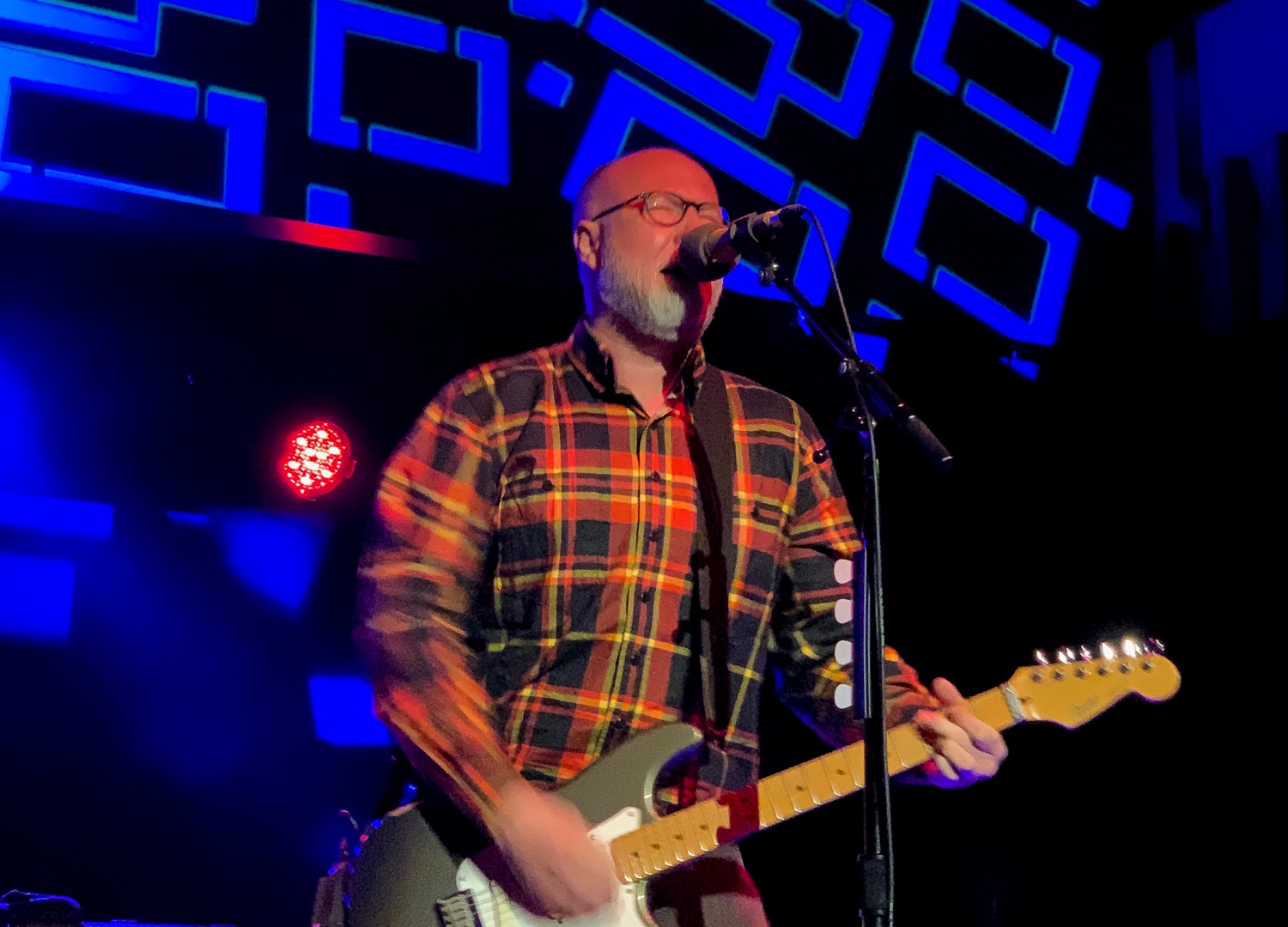 “Who’s Bob Mould?” was the response all too often.

If you’re one of these people, here’s a short lesson. Bob Mould was the lead singer of Hüsker Dü, a punk band from the 1980s. AllMusic.com lists them as one of the two most influential bands of that decade, along with R.E.M. While always more of a cult favorite than a commercial success, they influenced bands from Nirvana to the Pixies. After their late eighties break-up, Bob Mould went on to have a successful solo career, and also led a band called Sugar. Not a nostalgia act, Mould is still putting out new albums today.

This week found Bob Mould putting on a concert at Washington’s in Fort Collins. The venue is fairly small, and Dorinna and I were able to get a spot at the front without too much trouble. As the night went on, Mould switched from his solo work to older Hüsker Dü songs. The front of the stage turned into a mosh pit, composed almost entirely of 50-year-olds with grey beards, receding hairlines, and middle-aged bellies. It was a lot of fun. Before the craziness started, I shot a few pictures with my iPhone, and this became my favorite image of the week.

Digital Darkroom. The low-light of a concert venue isn’t the best for shooting photos, and certainly not with a phone. Hazy shadows didn’t work for me, so I dropped shadows (-100!) to plunge them into black. I pushed up clarity and dehaze as well, then applied some noise reduction to finish it off.