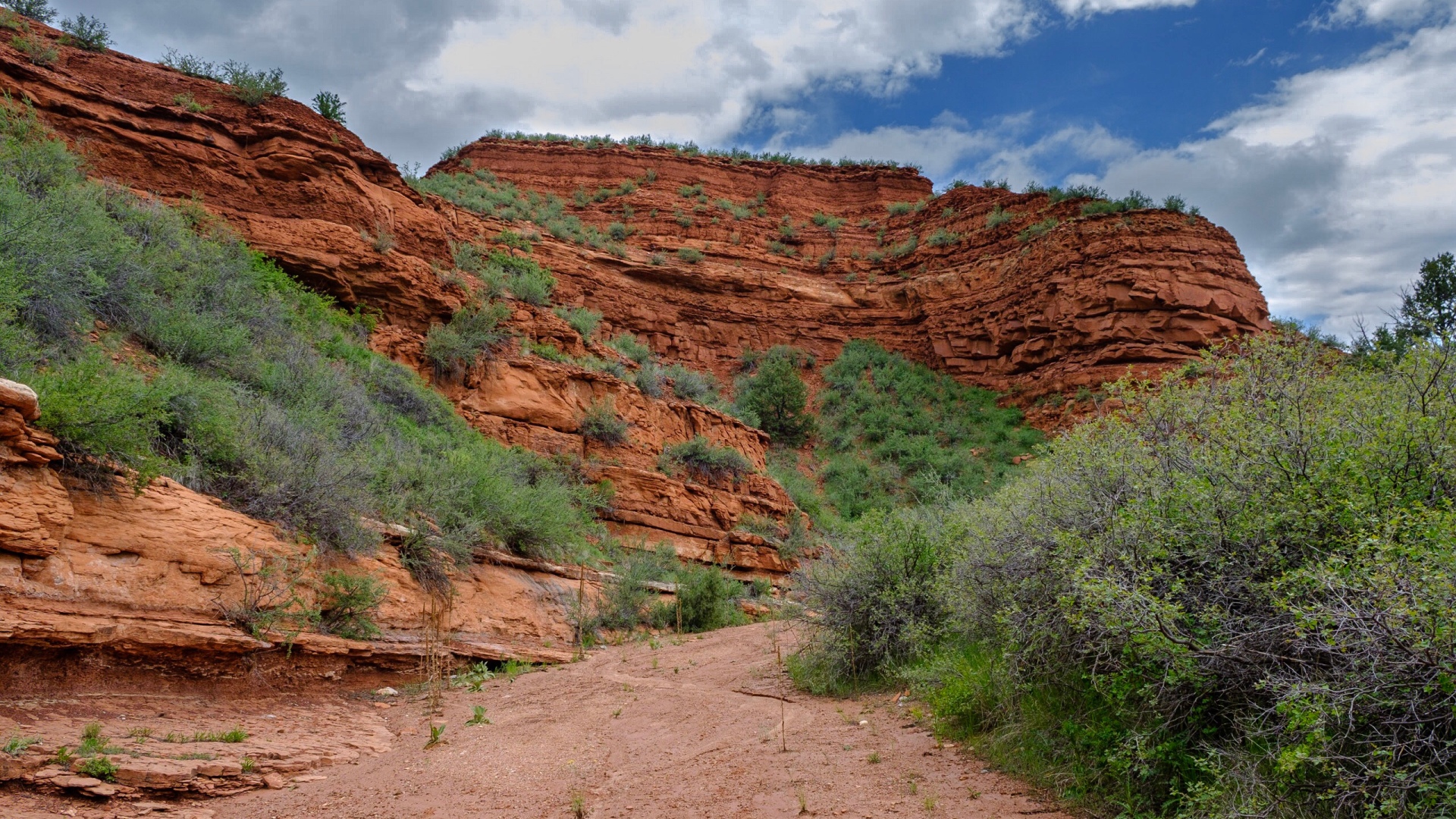 This photo shows a typical scene from canyon country. Utah and even western Colorado are filled with sandstone canyons like this one.

What makes this scene remarkable is that it isn’t from the Colorado Plateau. This is Ruby Wash in the Red Mountain Open Space of Larimer County, on the eastern side of the Rocky Mountains. One of my Father’s Day gifts was a solo hike and I headed here for a twelve-mile loop to some of the remote areas of the park. I’ve hiked at Red Mountain many times before, but only in the trails closer to the parking lot. I was pleasantly surprised at the scenery. After hiking through Ruby Wash I climbed a steep hill and ended up… on the Great Plains. Rather than climbing a “red mountain”, you’re actually climbing up to the flat prairies of Wyoming. I made lots of good pictures, but this photo of Ruby Wash became my favorite image of the week.

Digital Darkroom. Using the Fujifilm Velvia emulation was the obvious place to start, to give the reds and greens an extra boost. Most of the other edits were to correct for the fact that I had the exposure settings wrong on the camera (I had boosted exposure for an earlier shot, and had forgotten to set it back). I lowered exposure by 0.67, and highlights by -94. Velvia adds deep shadows that I wasn’t interested in, so I boosted shadows by +48. The sky was still too bright, so I used a brush to lower exposure by an additional 0.85 and highlights by 76. I finished off the image by adding a touch of the Texture setting.