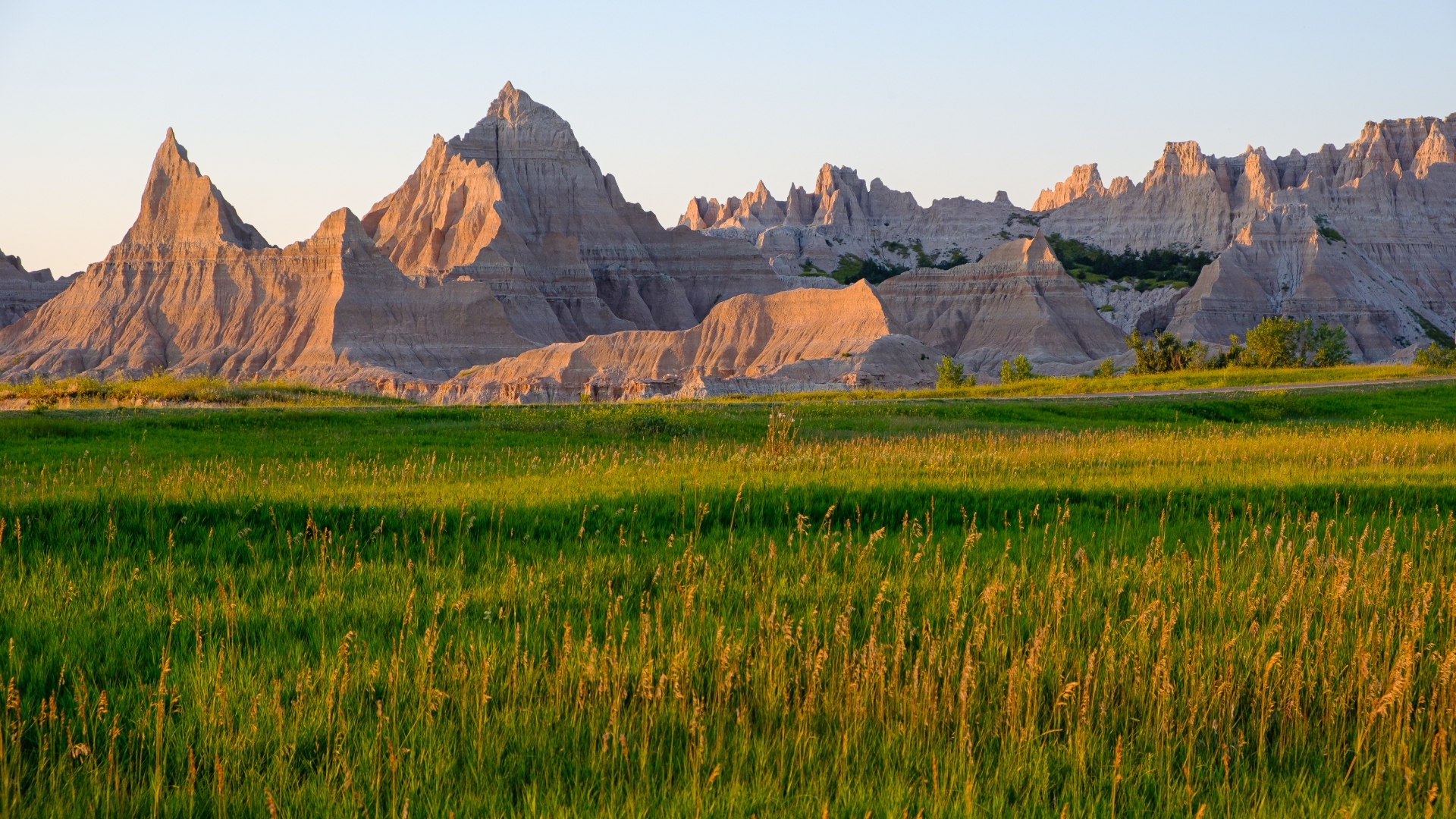 For this year’s summer vacation, we took a road trip to South Dakota. We spent most of it in the Black Hills, but also ventured out to Badlands National Park for a few days. I had seen plenty of images of the rock spires and formations in the Badlands. In my mind, the Badlands were a desert similar to the canyon country of Utah. This couldn’t have been farther from the truth. Helped in part by a wet spring, the country was a vibrant verdant green. The air was humid, and the ground was pocked with hollows of slippery mud. This was a great contrast with the whites, browns, reds, and oranges of the badlands themselves. As afternoon turned to dusk, the light hit the rock formations and brought them even more alive. Taken in our campground just after dinner, this became my favorite image of the week.

Digital Darkroom. I started with the Velvia film emulation to bring out the green in the grass. I boosted the exposure by almost a stop, and then backed down the highlights and increased the shadows. I increased contrast and texture. I finished by removing a small road sign that you probably couldn’t see anyway.