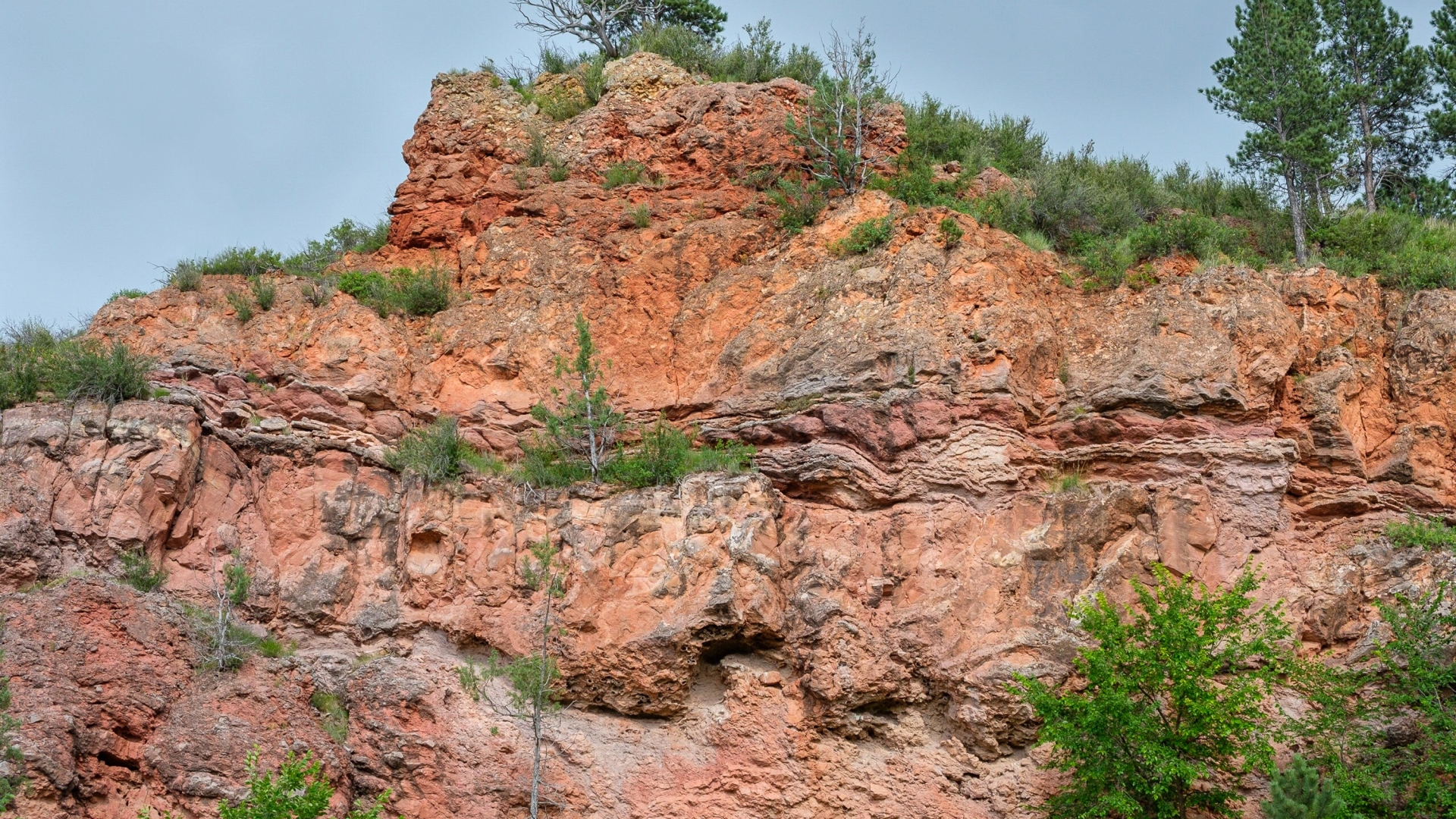 Our day started with a trip to The Mammoth Site museum down the road from our hotel. The Mammoth Site was the site of a Pleistocene-era sinkhole. The sinkhole was lined with slippery mud and was filled with water. Warmed by hot springs, the sinkhole was surrounded by healthy grass, even in winter. This turned the area into a deadly trap- mammoths and other creatures would wander to the lip, drawn in by the tasty grass and warm water. They would fall inside, and the slippery mud would prevent them from walking out again. Over time, the sinkhole became the tomb of over 60 mammoths and a plethora of other creatures. The first set of bones were uncovered by a bulldozer building houses, and the area is now maintained as a museum and Paleontological research center.

The museum shows the large partially-excavated sinkhole. Bones are displayed both in-situ and completely excavated.

There’s a nice tour and a “Paleontological Dig” area where kids can excavate fiberglass bones from a sandy pit.

After the museum and lunch, we headed into Wind Cave National Park. The big attraction of this park is, of course, the cave. One of the largest in the world and home to unique features found nowhere else, it was also… closed. A “safety issue” was identified in the elevator earlier in the summer and the cave was closed until it could be repaired (it was supposed to be fixed in August, but as of this writing in November it’s still shut down). We knew this ahead of time, but came anyway. We looked at the museum visits, and Nate earned his Junior Ranger badge.

Afterwards we did our first hike of the vacation, taking the trail through Wind Cave Canyon. It had nice rolling hills and a mix of prairie and ponderosa forest. We saw red rock and birds, but no big wildlife.

From there, we headed to our campground for the next few nights.