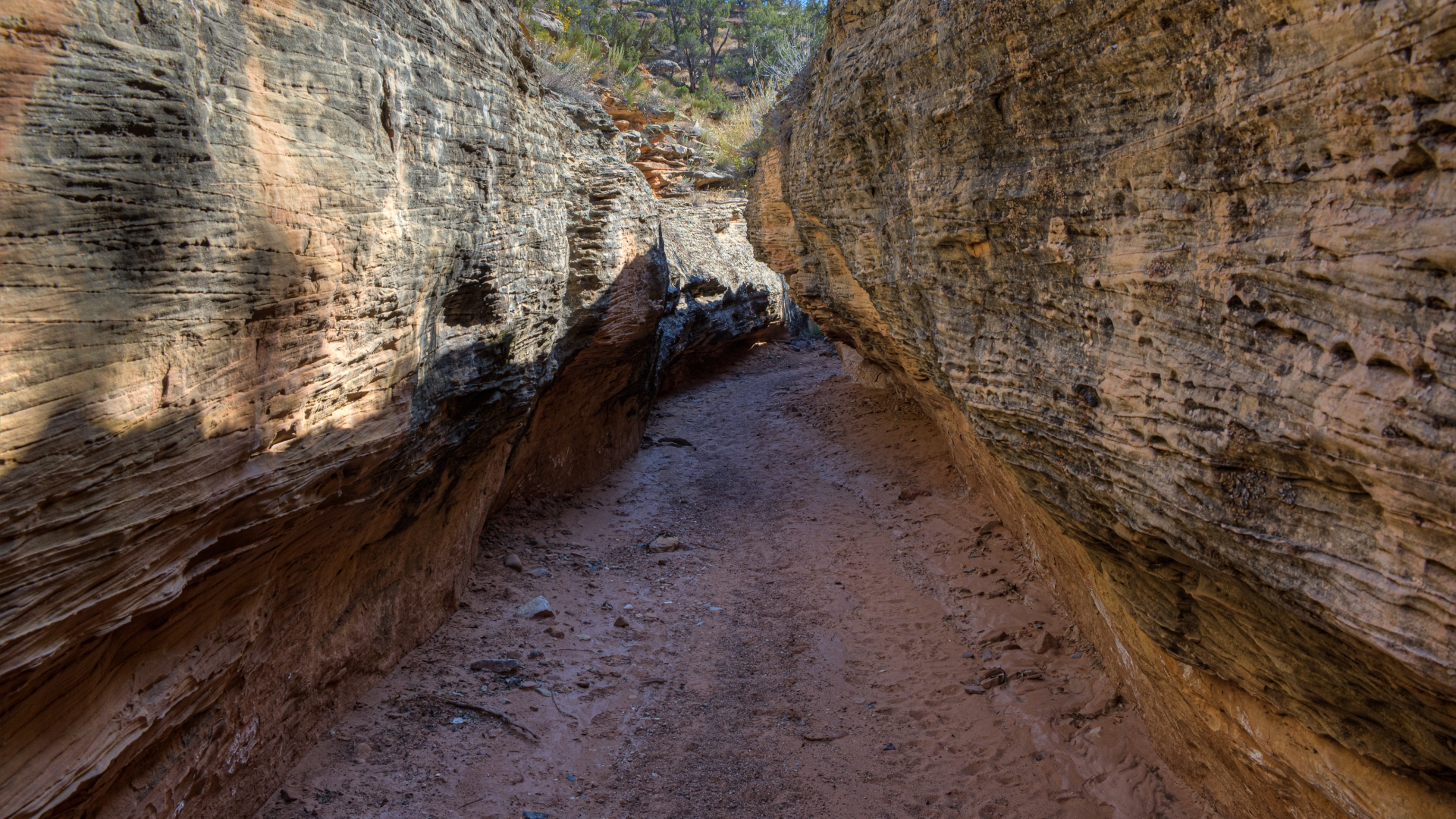 Nate’s Fall Break fell during the second week of October. We traveled to Grand Junction, a nice town in the western part of the state. Grand Junction is like Moab in miniature- the same kinds of rock but a closer drive from Fort Collins. On our second day there, we did a loop hike to Flume Canyon in the McInnis Canyons National Conservation Area. There were two trails up Flume Canyon- one along the rim, and one in the bottom. We opted for the bottom trail, and we weaved along in a narrow but shallow canyon. This section was narrow enough to reach out and touch both walls, and this became my favorite image of the week.

Digital Darkroom. My editing started by taking my three exposures and combining them with Photomatix. I tried to make the resulting image realistic, not surreal. After bringing the photo back into Lightroom, I increased the contrast, texture, and clarity, and ended with some sharpening.