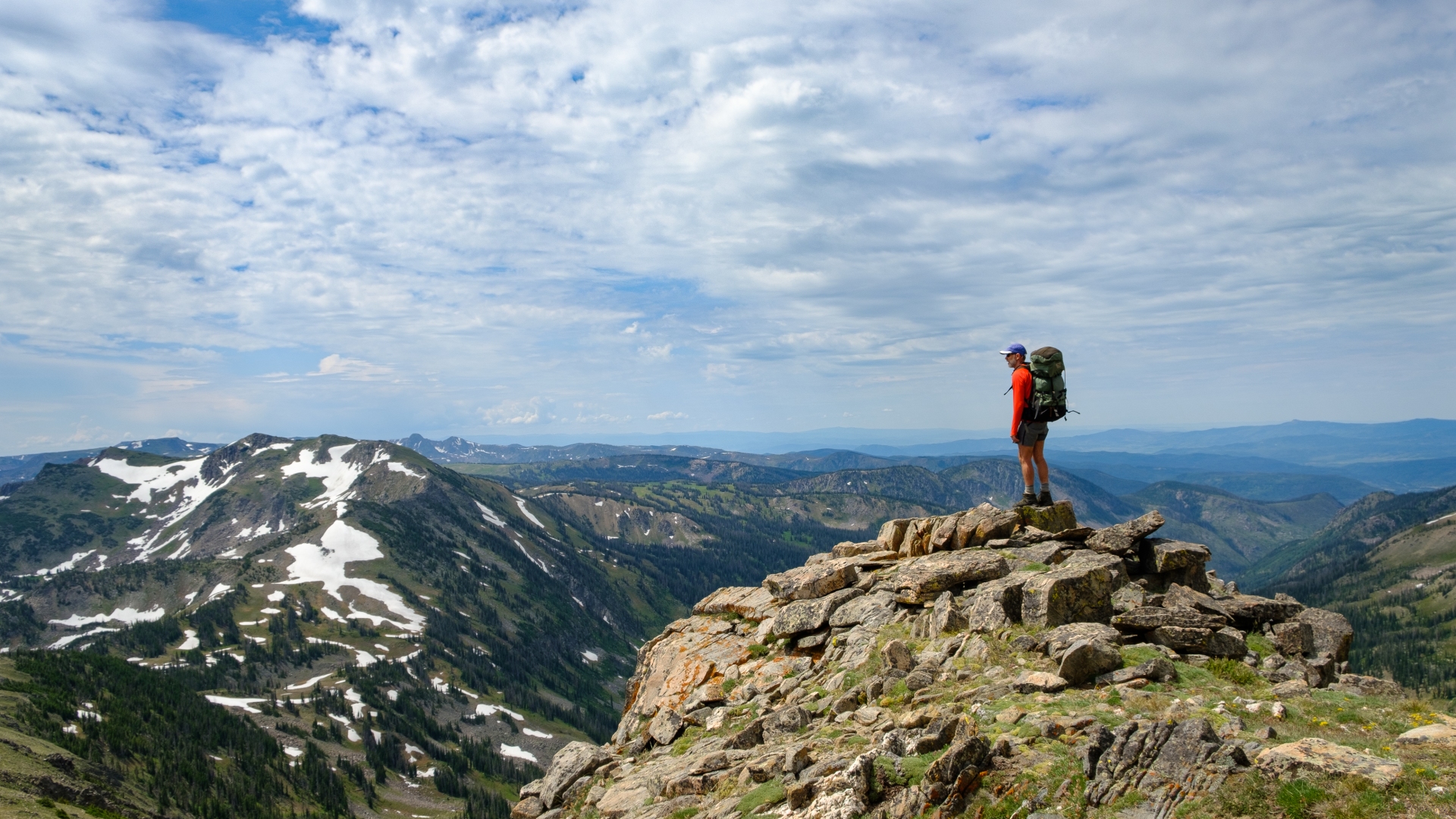 This adventure was a backpacking trip with long-time friend Jon Bassett. Our route formed a circle in the Mount Zirkel Wilderness area, so he dubbed our trip the Zirkel Zircle.

I woke up tired, with a lot of muscle soreness from the day before. The easiest decision would be to trace our footsteps to Ute Pass, and go out that way. That would involve a long climb and a long slog out. There would be no shame in going that way, especially in light of our day yesterday.

Jon definitely wanted to take a different route. He gave some arguments that it wouldn’t be that much more climbing. But I know how to read a topo map and count contours with the best of them. The map painted a picture, and it was an ugly and painful one.

But Jon wanted to go, and I didn’t want to disappoint Jon. He talked me through some rough patches the day before and well… I have a history of following Jon on crazy adventures. When he offered to carry my half of the tent, I started to waver. While I felt felt bad having him carry extra weight, I also knew that he would prefer that to going home the short way, so…

Off we went up Red Dirt Pass, and farther away from the car. I had climbed up this pass once before, on a 2001 ascent of Zirkel Peak. My memory of the climb as a steep sonavabitch was entirely accurate. I shifted into a slow deliberate pace, counting steps taken with my left foot and stopping for a quick breather when I reached 100. This was a steady pace, and not actually all that slow, and we made good time up the ridge. On the upper sections, we intersected with a bighorn sheep descending from the plateau above us.

We climbed up to the steep top of Red Dirt Pass. Our route from this point went east, up well, it was considerably steeper. It was, in fact, one of those mountain faces that look unclimbable from a distance, but when you get up close to it you realize it’s actually not totally unclimbable after all. As it turns out, we quickly stumbled onto a game path that our friend the bighorn sheep had taken down. This turned a scary rock scramble into a scary rock staircase.

It was steep, and an occasional stair shifted underneath, but there was no actual cliff under my heels, so my fear of heights remained strictly under control.

And, then… we were on top. Flattop Mountain was, well named to be sure. Windy but superflat. Most of it was ringed by cliffs, with only our end and the other side with more gradual descents. The plateau went for miles, with changing rock formations and wind to keep us company. Wildflowers weren’t bad either.

We took a slight detour to find a little lake that Jon had spotted on the satellite photo. At one point yesterday we had discussed camping here. Do-able but super exposed in the event of a storm.

We met some Colorado State Wildlife researcheRs looking for Bighorn- the only folks we encountered on our off-trail adventures.

After that, it wasn’t long before we reached the top of the peak, and started the descent. This side was much more reasonable as we descended down to Ute Pass.

From there we continued to plunge off the mountainside. The next few miles were hot, thirsty, and hard, although the mosquitoes were much less vicious on this side of the mountain.

When we found them was when we had one final ascent of the trip. It was with exhaustion and despair as we climbed up one more never ending ridge.

The other side was pleasant, and skirted a spooky defile. Soon after that, I climbed off-trail to a nice overlook over the valley. I looked for moose in the marshy meadows below. I waited for Jon to catch up. And waited. And waited. I yelled. I listened. I waited. Finally I went back up the trail to find him. I didn’t find him. A bit panicked now, I should have gone all the way back to where I last saw him, but stopped short of that point. Getting on my pack, I went the rest of the way to the trailhead, sure to find him there. I didn’t. I scratched a message in the dirt road and started on the mile or so walk between the two trailheads. It wasn’t long before a pickup drove up with Jon in the back. He had passed me at the overlook. He thought it was weird that I didn’t wait at the road, but thought I was still ahead of him. We laughed at the confusion, and walked the final mile back to the car.

It had been a long day. Over a dozen miles, bringing the three-day (two and a half-day really) total to over a marathon. I’m glad that I let Jon talk me into the loop. It gave me a great feeling of accomplishment- a feeling that there is still life in these old bones!

Here is the trip in its entirety: