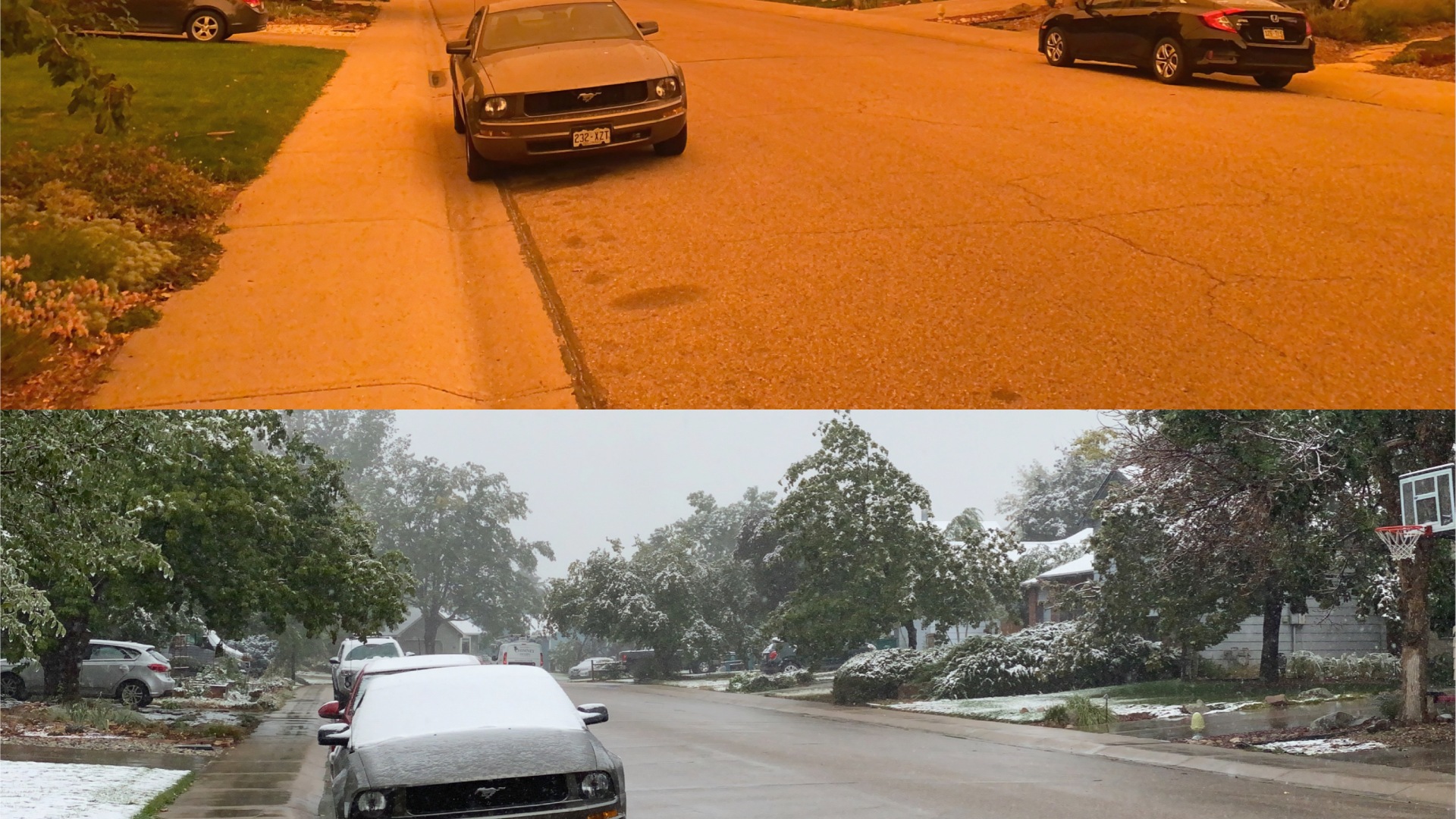 On Labor day weekend, temperatures in Fort Collins reached 100 degrees. As documented last week, we escaped up to the Snowy Range for a backpacking trip. I mentioned the winds in that post, and they were just as bad elsewhere in the Rocky Mountains. Those temperatures plus winds quadruped the size of our local fire. As we drove into town, the sky took on a surreal orange glow. As I drove, Dorinna scrambled to check the news on her phone; we were both afraid that Fort Collins was burning. It wasn’t, but the smoke was lit by the sun into an apocalyptic orange. As we drove into town at 3:00pm, the sky was dark enough that headlights were needed. Although it was supposed to be 97 degrees, with the blotting out of the light, the temps instead hovered in the mid-sixties. Ash fell like snow, covering everything. It was grim and unsettling.

The next night a cold front swept through, and temperatures plunged into the upper thirties. Records were set everywhere by the historical temperature drops. It started to rain, and then switched over the snow, eventually accumulating 3-4” of snow in town. Up in the mountains, parts of the fire received 12” of snow. The weather slowed the fire, but it sprang up again in the weeks that followed. I struggled to pick a single photo that exemplifies this wacky environment, and finally settled on creating a diptych of my neighborhood, and this became my favorite image of the week.

Some more pictures of driving into town and our yard:

Digital Darkroom. Editing was minimal for these images. Apple’s camera software did its best to compensate for the orange glow, so in reality the color was more pronounced. That said, I didn’t feel comfortable changing it in post. The cold image was heavily spotted with rain drops, so I cleaned those up with a healing brush. The two images were combined with a Mac utility called Composure.