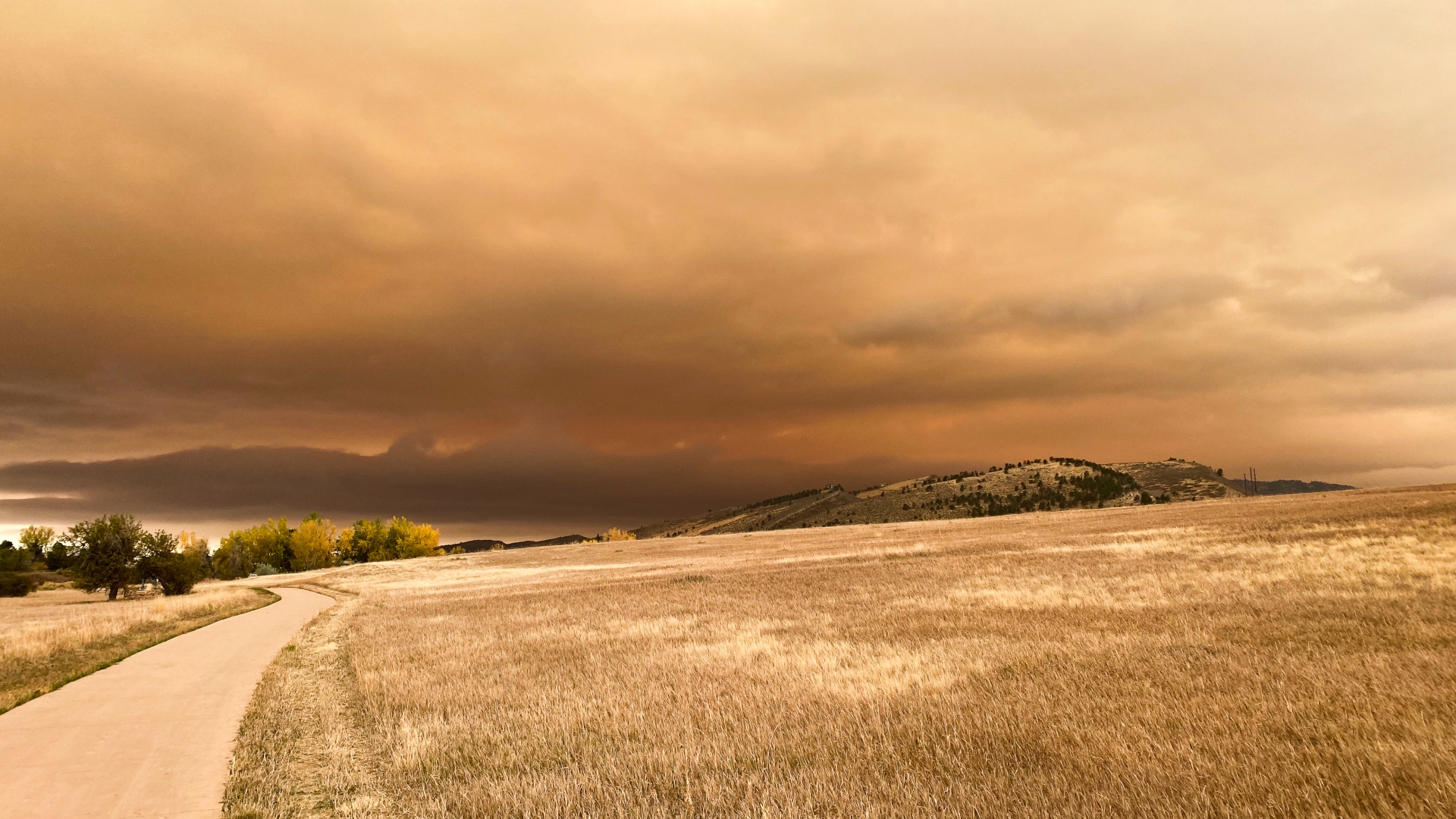 The Cameron Peak Fire has been burning in the national forest outside of town since mid-August, closing trails and spewing smoke over the plains. It has grown over time to become the largest forest fire in Colorado history (209,000 acres). Thrown into the mix was the Mullen Fire, straddling the Colorado-Wyoming border at 177,000 acres. As if this wasn’t bad enough, another fire, the East Troublesome Fire, burst out of nowhere in late October. High winds fueled the fire, quickly growing it to 194,000 acres (the second largest in Colorado state history), and spreading it across the Continental Divide. On a day of fierce wind and uncontrollable fire growth, clouds of smoke billowed over the cities of Fort Collins and Loveland. Although gloomy and psychically unsettling, the smoke remained high in the atmosphere, and air quality in town remained fine. At lunchtime, I braved the cold and the wind for a bicycle ride. By the mid-way point, the bike trail looked like it was leading to Mordor. I stopped frequently to take pictures, and this one became my favorite image of the week.

Digital Darkroom. This photo was taken at 12:30 PM, and the first thing I did was raise the exposure by half of a stop (gloomy indeed!) so that it wasn’t so dark. I lowered shadows to restore the gloom. I increased contrast and dehaze, and finished by spotting out a small bird which looked like a dust speck.