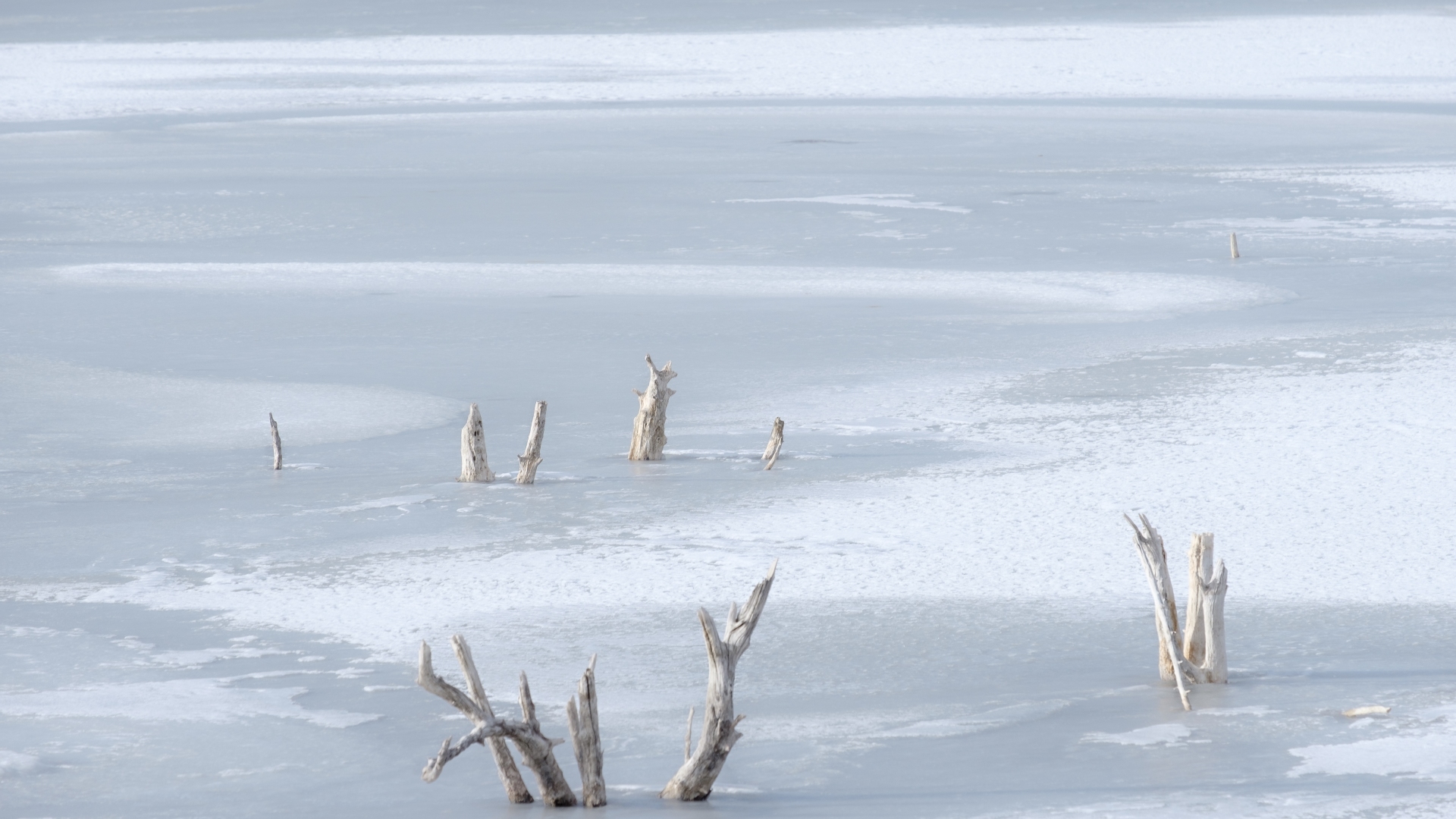 On a hike at a local natural area, we came across logs poking up from a frozen, snow-covered pond. The logs were bleached white, reminding me of driftwood, or perhaps the bones of some exotic creature. The reality is that they are the bones of a dead tree, but the metaphor still holds. I shot a small series of similar photographs, and this one became my favorite image of the week.

Bones of the Lake

Other images in the series:

Digital Darkroom. I knew from the outset that I wanted to emphasize the shape and texture of the logs, and deemphasize everything else. I accomplished that by lowering contrast (-48) and clarity (-37). This softened the look of the whole photo. Then I went back and painted the logs, adding clarity above what I had taken away (+60). I finished by raising the exposure of the image by almost a full stop to make sure the snowy whites were as white as snow should be.