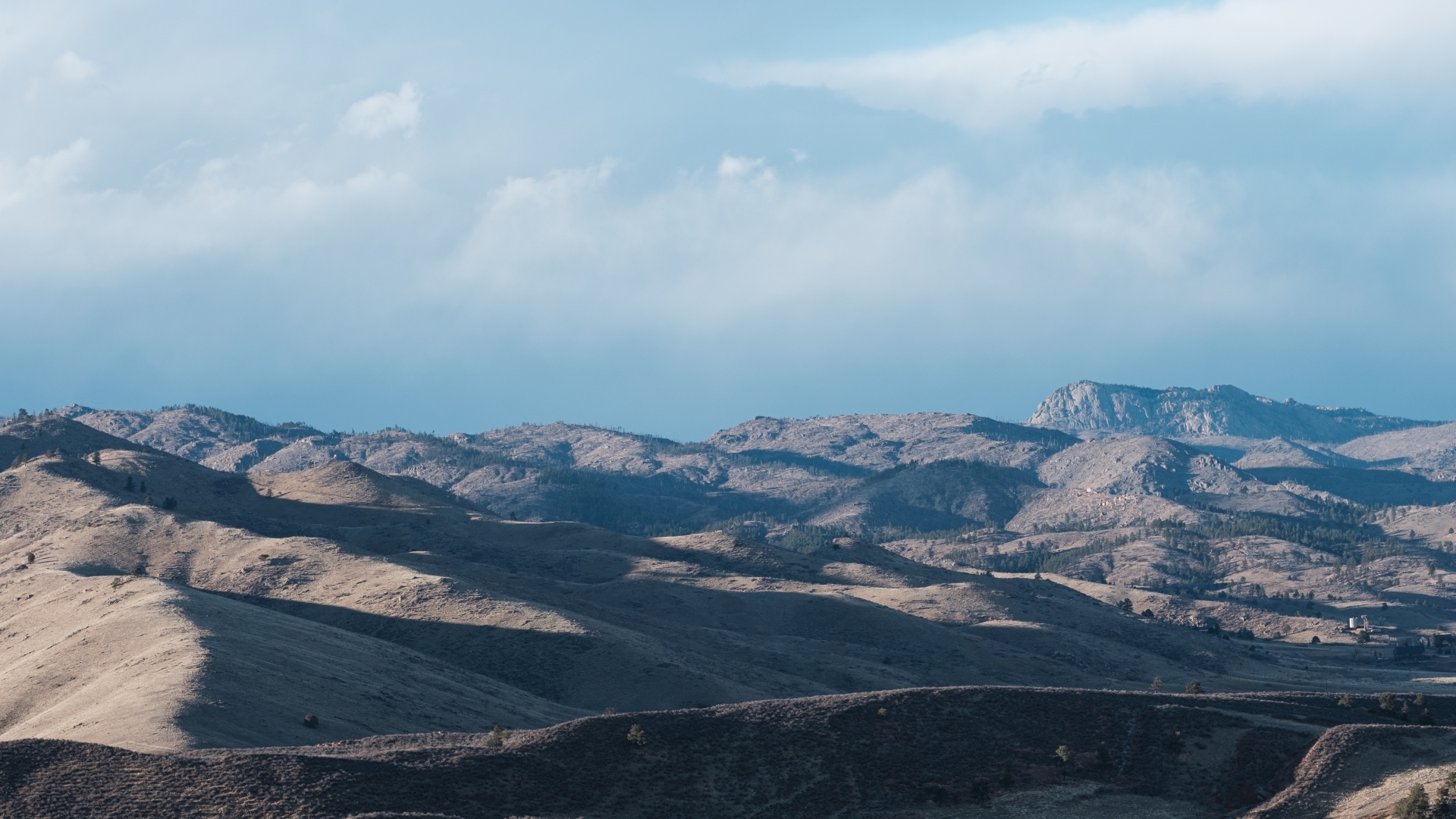 This week Nate and I took a walk in the foothills above Horsetooth Reservoir. Temperatures were warm, but the wind was whipping as storm clouds boiled over from the Rocky Mountains. The clouds, combined with the sideways light of a late December afternoon gave me an interesting composition for my favorite image of the week.

Digital Darkroom. I only made minimal changes to this image, increasing contrast (+21) and texture (+14). I used a small brush on what looks like a water tower, lowering the exposure and highlights to make it blend in more. Probably the biggest change was to adopt a widescreen 16×9 crop. This allowed me to remove some distracting buildings from the foreground. This image is about the play of shadow on the hills, not buildings.