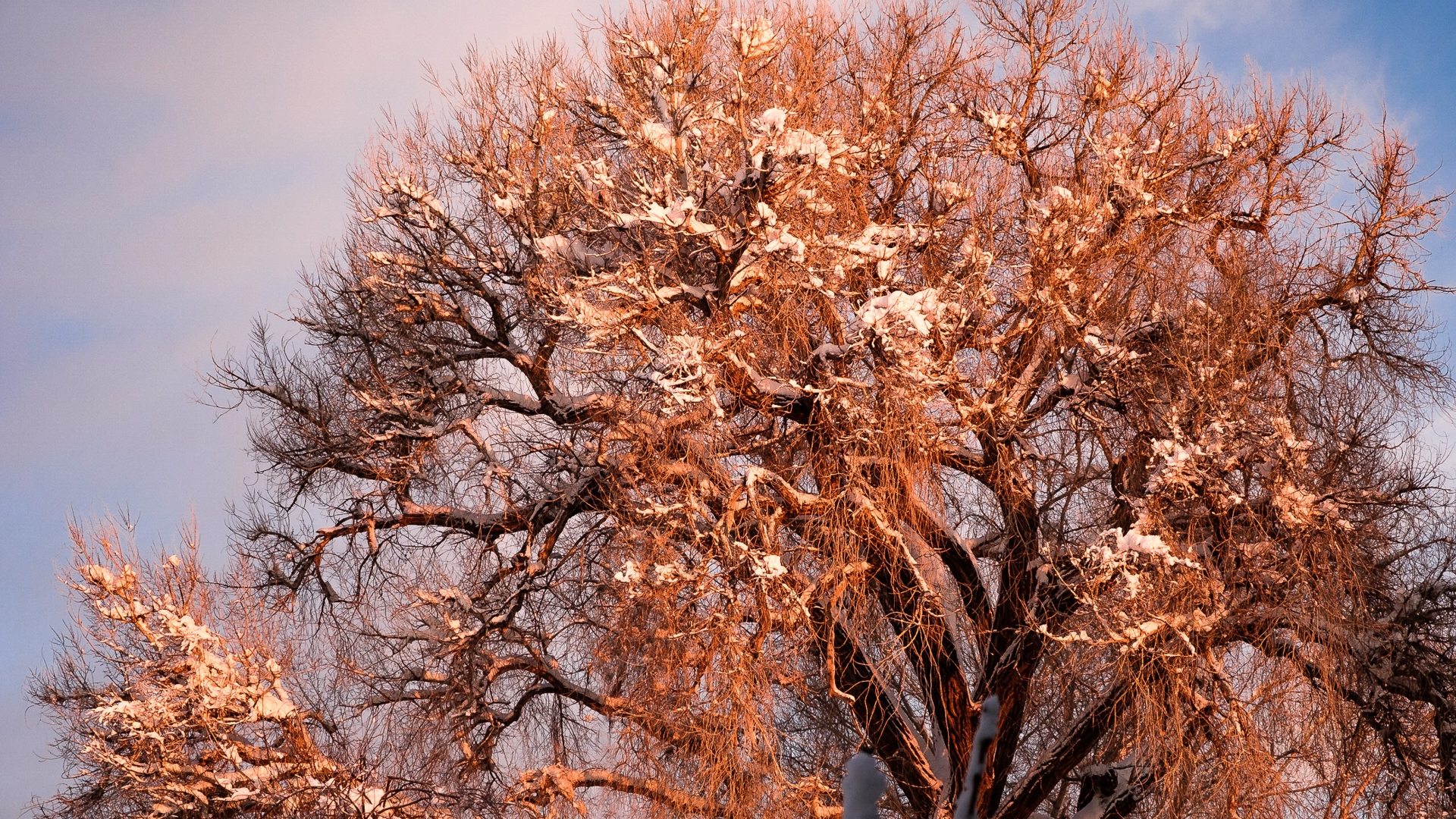 The morning after the big blizzard, we had a spectacular sunrise of glowing red. I grabbed the camera and went outside to photograph our neighbor’s giant Cottonwood tree, and this became my favorite image of the week.

Dawn after the Storm

Digital Darkroom. Although the image out of the camera was great, it still took a fair amount of time dialing in to how I wanted it. For example, first I raised exposure, and then decided to lower it, and really crank the highlights. This kept the bright area bright, but deepened the sunrise reds. In the end, exposure dropped by 0.25. I raised contrast by 42, highlights by 154 (!), dropped shadows -9, and increased clarity (+38), and dehaze (+11). I pumped up the blue saturation to bring out more of the blue sky behind the clouds. I used Touch Retouch to take out some annoying twigs in the foreground. I ended with some sharpening.