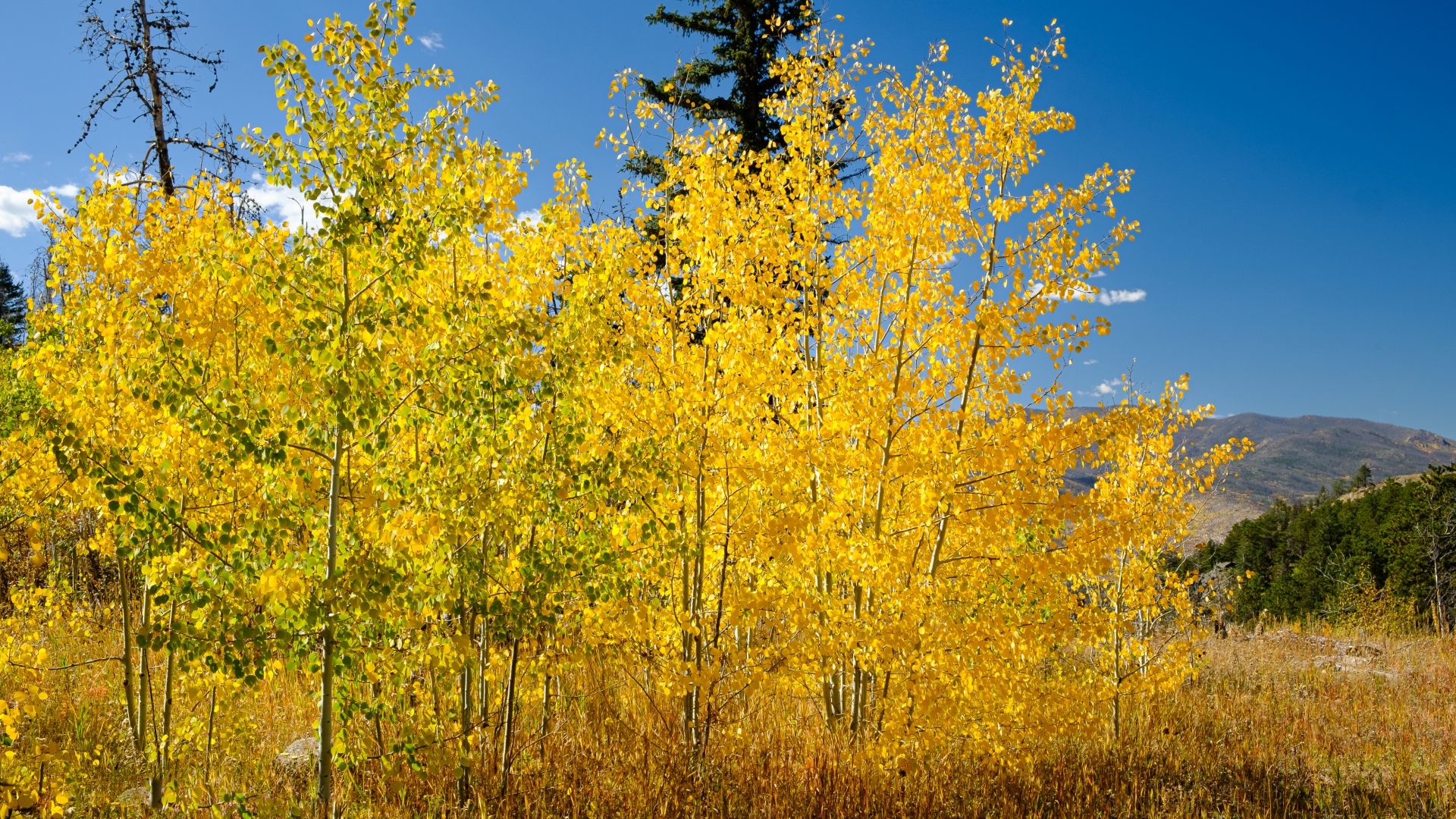 This weekend we took a leaf-peeping drive outside of Fort Collins. At the top of Rist Canyon I took this straightforward but pretty image of golden Aspen leaves, and this became my favorite image of the week.

Digital Darkroom. Using the Velvia emulation was a no-brainer. After that I increased contrast and texture. I brushed over the sky and reduced the exposure by half a stop. A little bit of sharpening and the image was complete.