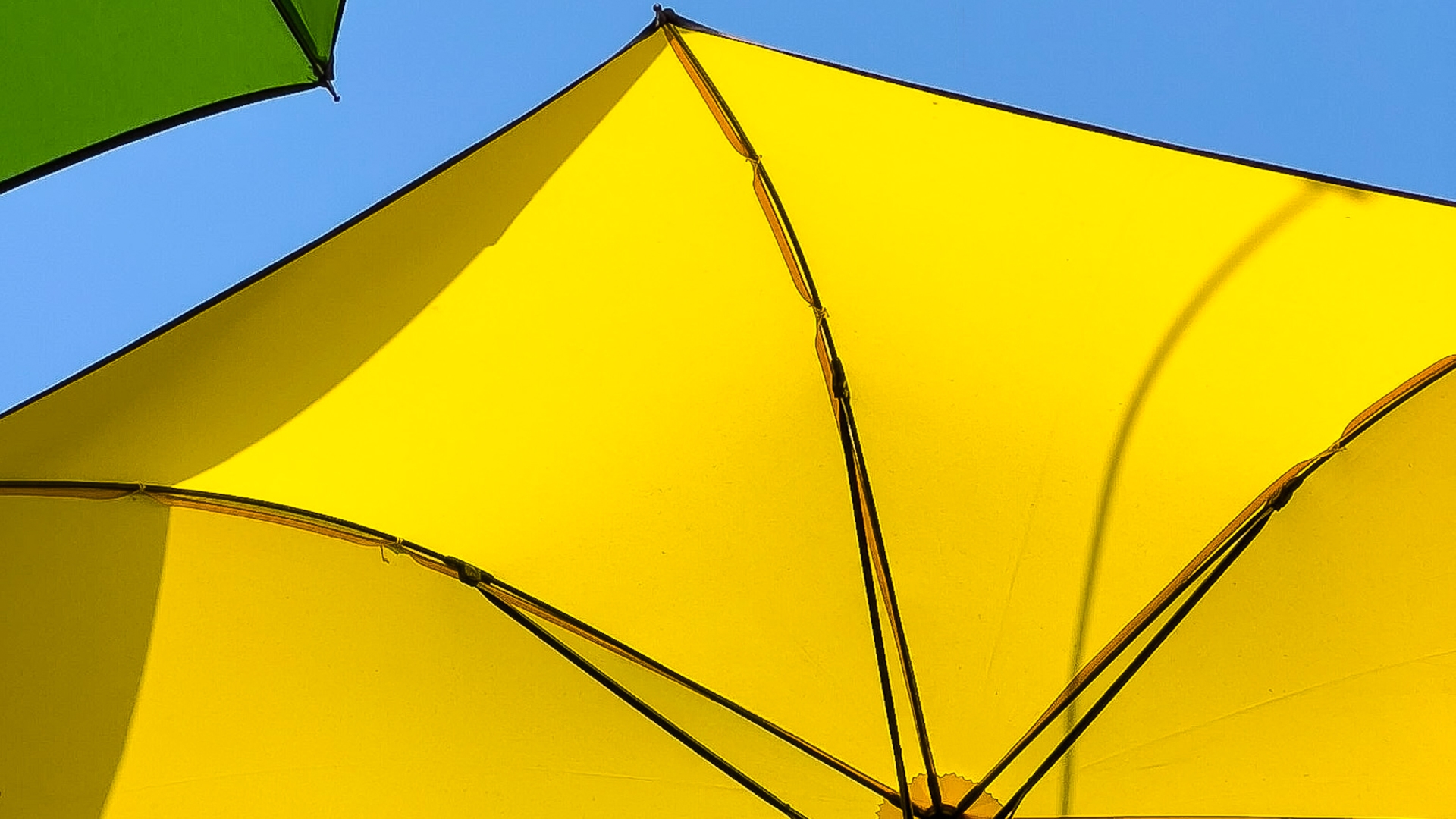 This week took me to Redlands, California. As we went out to dinner, we visited an alley in downtown festooned with an art display of umbrellas. This piece has inspired my photography before, as it always glows in the light of evening. This became my favorite image of the week.

Digital Darkroom. Had I used my Fuji camera, my first step would have been to switch to the Velvia simulation. As the image was shot with my iPhone, that option wasn’t available, and I had to make do with other techniques. I increased contrast, shadows and clarity, while lowering highlights. The image was good, but too cluttered, so I used a pretty decent crop to narrow in on just two umbrellas. Increasing saturation by 24 helped, but not enough. I fine-tuned the color to increase the saturation of the yellow and the luminance of the green to get the impact I wanted. The Touch ReTouch app removed a distracting cable crossing the image. I finished up by removing some spots and sharpening.